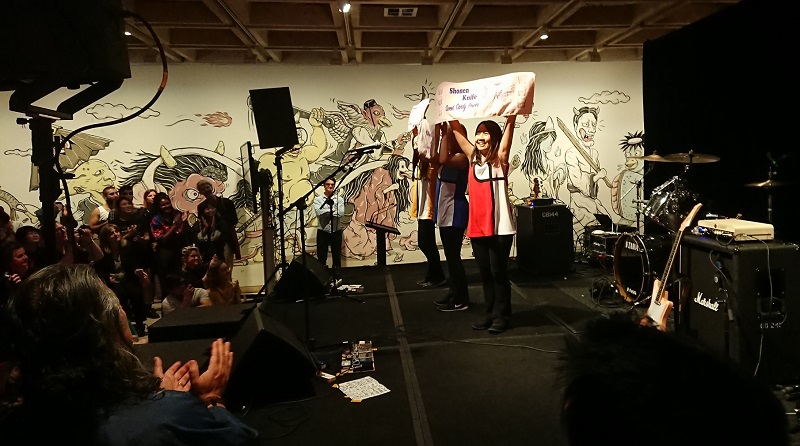 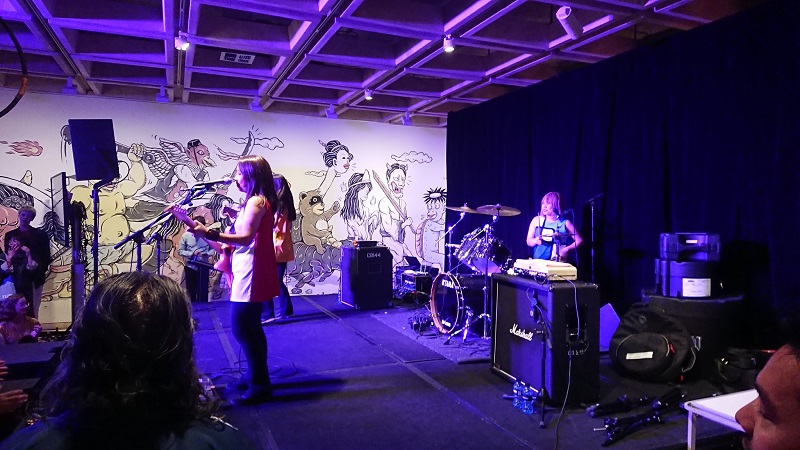 I admit, I've been back a few times over the years but it remains an expedition. Located in an inaccessible corner of a park that's girt by freeways, the Harbour and the dodgier sub-basement of the Cross, it maintains opening hours designed to omit poor schmucks who have to work for a living.

They got a bright idea to open up the joint... At night.  And with a Dario Argento movie playing downstairs, why not put Shonen Knife on upstairs for free?  It works for me and probably maybe another 400-500 eager punters.

Shonen Knife have been touring Australia as support to Regurgitator.  It's a dirty job but someone has to do.  That's not a slag off of Regurgitator.  I realise they may not be the most popular band to readers of this site but they certainly have had their moments.

But Shonen Knife are a world class band. They shouldn't have to be given the short end of any stick.

They're promoting their new album "Sweet Candy Power" which, given the strong showing of new material, deserves your attention.  There's a good smattering of the kind of material even a casual listener would have heard over the years. "Banana Chips" and their cover of the Carpenter's "Top of the World".

And what's not to love?  Shonen Knife exude joy in a way no other band does.  (With the possible exception of early Ramones and the imaginary Saturday morning cartoon bands of my long lost childhood).  They are booked for a one-hour show.  They hit the stage at 8.30 and it's non-stop, hip-shaking, smiling, enthusiasm.

I felt like a teenage girl at a Beatles concert.  It was just so wonderful.  Leave all cynicism aside.  Shonen Knife are a life affirming must see band.  I cannot recommend them highly enough.