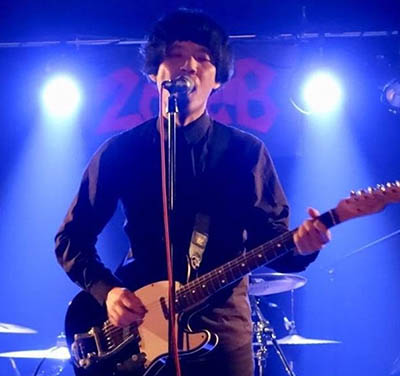 He's played with Penny Ikinger and Deniz Tek. Now, after a sold-out solo tour in 2018, one of Japan's most exciting guitarists, Masami Kawaguchi, returns to Australia for a tri-state and regional tour with his band, New Rock Syndicate.

New Rock Syndicate plays Sydney for the first time on Friday, July 5 at Marrickville Bowling Club, presented by Kasumen Records and the I-94 Bar.

The band will be performing material from the most recent New Rock Syndicate album "Now" ( as well as tracks from limited edition seven-inchers and the extensive NRS back catalogue.

Masami Kawaguchi presents New Rock Syndicate in Australia with a rhythm section made up of Dave Gray (Rocket Science and The Electric Guitars) and Don Drum (Paul Kidney Experience and Fraudband),

Masami has been a member of some of the greatest Japanese psych bands of the last two decades - Miminokoto (with Acid Mothers Temple Official), Los Doroncos (with Doronco of Les Rallizes Dénudés), Aihiyo (with Keiji Haino), LSD March/LSD Pond feat Bardo Pond.

Most tickets are on sale here.