Plenty of bands put out compilations of their A sides. Trust Danish psych-soul-rock kings Baby Woodrose to turn the practice on its head and issue one exclusively of B sides, but it should be no shock as they’ve been carving their own swathe since the 2001.

If you're looking for an expert on Danish acid rock of the early '70s you're in the wrong place. That period of music is the reference point for Spids Nogenhat but if they hit their mark, I have no idea. I do know that this, their second studio LP on champion Copenhagen label Bad Afro, is excellent. 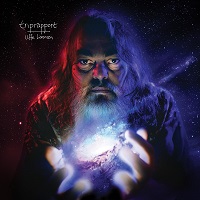