First up I must confess I’m a Buzzcocks tragic from way back. Been in Adelaide for 10 years now and this is the fourth time I’ve seen them, plus once in '92 in Melbourne. So the title Buzzcocks Tragic sounds good to me. 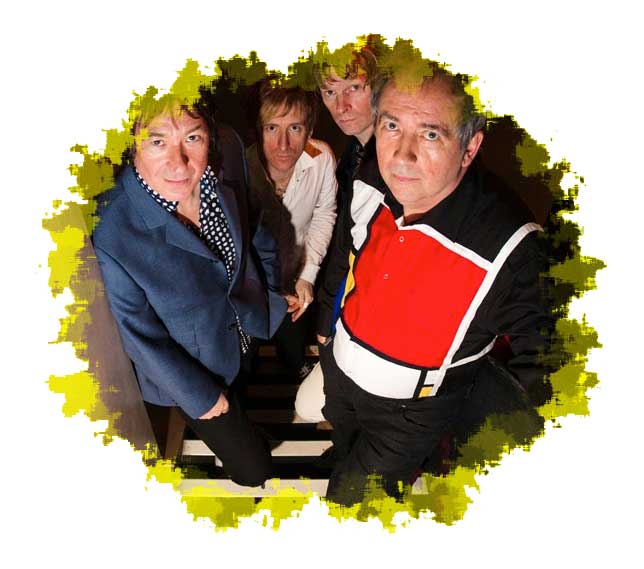 Was a good sized crowd in. I don’t know how many Fowlers holds, but there would have been 300-400 in maybe. Must give a nod to Adelaide’s surf garage supports Molting Vultures who played a frenetic 40-minute set of a fair stack of their stuff accumulated over the eight or so years they’ve been at it. A decent plug for the new EP “Rock n Roll Emergency” (out now on Off The Hip) was given - it’s always great hearing “Morning Sun”and “Drop in and Go” never gets old. Always fun, the Vultures were the perfect warm up for the Buzzys.

Alrighty a quick turnaround then the boys were straight into ”Boredom.” ”Fast Cars” went down well.It became apparent there were sound problems and then, during “Autonomy”, Steve Diggle’s amp blew up so off he went for a bit, but it got sorted and a song later he bounced back into it. After that the gig really took off much to everyones relief (Pete Shelley number one there) and all was well again. Not a single drama after that.

The longer the gig went, the band just lifted and took it somewhere else. A different level was attained and they played at a breakneck speed, just faster and faster till the end.

Love watching Diggle and Shelley play off each other just like they know each other inside out. Should do by now after - what is it? - 37 years, give or take the odd year off. Wonder what they chat about, say, in the middle of “Moving Away From the Pulsebeat" ('ere, what we having for afters mate?') Diggle’s a real card, flaying his arms round, giving a thumbs up to the front row and all that. Just having a blast. Pete just plays away, rolls his eyes and grins, best job in the world he thinks! The two blokes at the back, Danny Farrant (drums) and Chris Rimington (bass) would probably agree.

With time running out it was encore time intensity rising again with first ”Harmony in My Head” (Steve jumping round like a loon) then ”Orgasm Addict.” ”I Don’t Mind” is next, then off to much handshaking, hugs all round, then away out back. How they still do it after all this time beats me. Magic.

Walking up to Hindley Street later on I ran into a Cock Sparrer fan and asked what he thought. He just said to me: ”Mate that’s as good as it gets”. Nuff said.