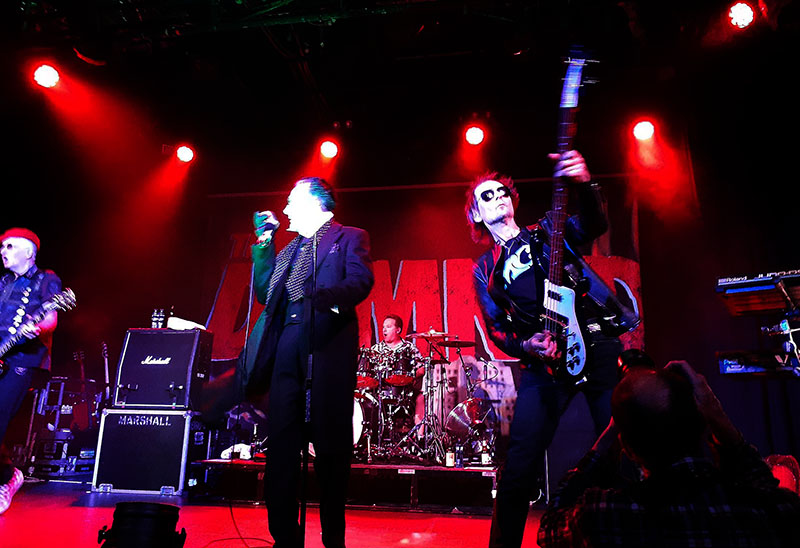 Music halls were everywhere. At one time there were more than 200 theatres in London alone. They hosted events running for four hours and ranging from comedy, clowning, horror to serious  drama. For more than a century, popular theatre was a staple for the working man and middle class alike.

Well, you may ask, what has this got to do with The Damned appearing live in Sydney on a Thursday night? I say, everything.  A Dammed gig is like a trip through classic British pantomime and theatre, full of drama and packed with wit and slapstick.

Yes, we know, they were pioneers of British punk along with The Sex Pistols and The Clash. In fact, they were the the first to make it to record. “New Rose” is one of the greatest punk singles ever released and sounds as fresh today as it did 43 years ago.

The Dammed live for 90-minutes is genius: the theatrics fly by with not a minute lost. It’s a history of British music hall culture, drenched in 150 years of British theatre. It is a lot of fun. It is masterful, as Dave Vanian plays the straight man as a vampire crossed with a black and white silent star of the 1920s. The man masterfully commands the audience.

Tonight, after a long wait, the band enters and goes straight into “Love song”.  It’s the opening track of “Machine Gun Etiquette”.  All not billed as such, the tour is to mark 40 years since the album’s release. And it pumps with Paul Gray’s “hit you in the guts” Rickenbacker bass sound shakeing the room to its foundations.

Within a minute, The Captain is all over the stage and pausing behind Vanian to counter his straight man. 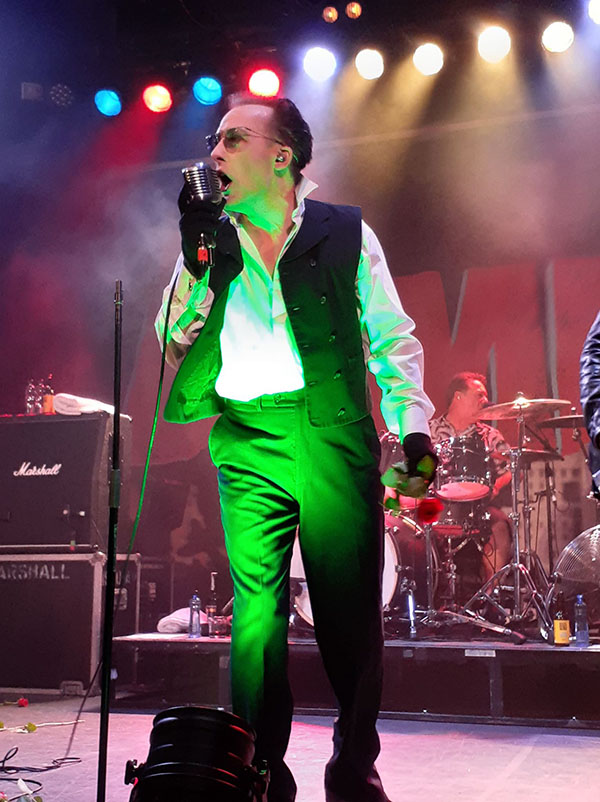 “I Just Want to be Happy Today” follows with Dave’s vocals sounding amazing. That thunderous bass stills hit you between the eyes. You ask where Captain Sensible is and before you can answer you see he’s crossed the stage twice and wrapped himself inside a curtain, poking out his tongue out whilel not missing a note on his guitar.

"“Anti-Pope” and “Plan 9 Channel Seven” are pumped out. This album was the first without co-founder Brian James on guitar so it was controversial for the purists at the time. Maybe it lacked the pure punk ethos of the debut but it was opening the doors to explore other musical directions, especially via the Farfisa organ. It be lame an instant classic for most.

There is nod to local music with Captain proclaiming that Australia produces some amazing garage bands and stating that Hard-Ons are among the best. The Damned then launches into a strong version of the MC5’s “Looking at You”.  Maybe they aren’t as sonically powerful or full on as the original Detroit assault, but is a great take nonetheless with Monty Oxymoron’s keys pushing the percussive edge.

The opening chords of “Smash It Up Pt 1” sends the audiences into a roar. It’s a teen angst anthem that probably introduced many in the audience to The Damned. The mosh pit went into overdrive at that point; the band had the audience completely in their hands. Sensible really worked the audience, pushing the mic into the crowd for singing along before joining it himself.

Dave has his craft right down and is commanding as he belts out these songs in his baritone. not missing a note.  Their real love for their audience is apparent and you get a sense that they’d both be amazing blokes to share pints with. They are really unpretentious and witty. 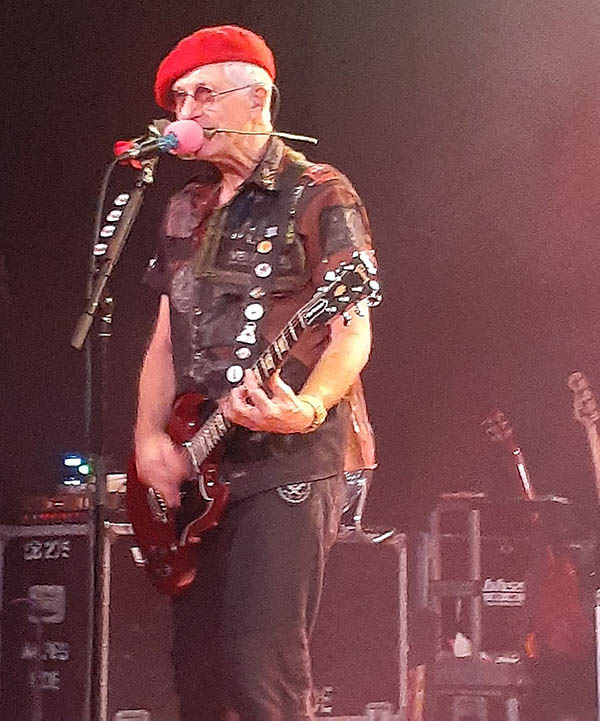 The Captain. No need to be Sensible.

The Damned’s rhythm section circa 2019 pulses.  The drummer Pinch has big shoes to fill in the shape of one of punk’s most frantic and explosive drummers in Rat Scabies. His style is toned down and technically speaking, he hits the bullseye. The bloke has swing  and with Paul Gray bass, they both rock. Gray is no mug and plays some great runs, yet has a primal, almost Stooges edge to his playing.  Add that to the zany antics of Monty on keyboards, percussion and gizmo sounds, and you sense he’s a musical freak show in his own right.

“New Rose”, as expected, blows the roof off The Factory with its classic, chaotic drumming and explosive guitar making it pure punk rock heaven.  Red roses are thrown onto the stage and suddenly they’re everywhere. Monty takes his cue goes to run to front and centre, looking like Einstein’s lovechild with his frantic dance moves. There’s  humour and pantomime in every twist tonight, and The Damned has the ability to constantly take the piss.

“Rose” is quickly followed by “Neat, Neat, Neat” and the last song of the encore “Jet Boy, Jet Girl” with The Captain taking lead vocals. This where it all started, channelling the band of 40-plus years ago; the wildest street band in England with a sense of humour that separated them from the rest. 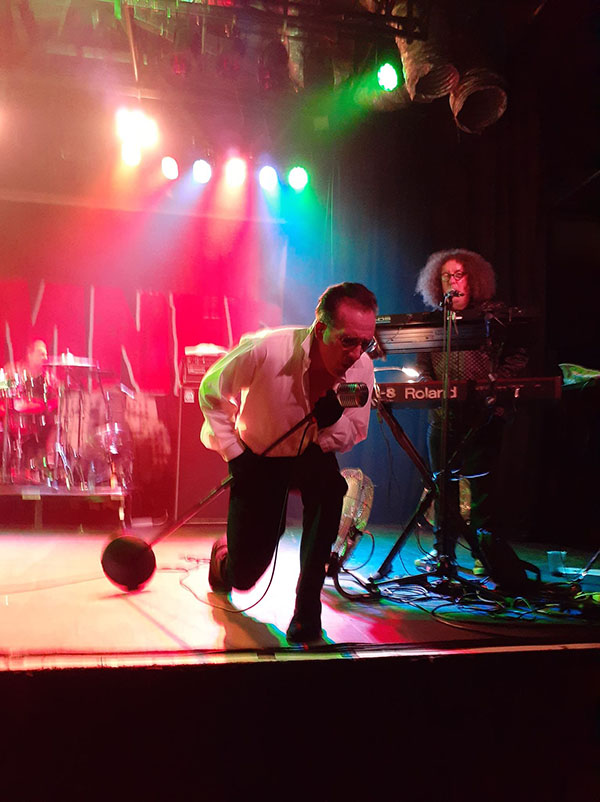 The Dammed were waging full on battles for two years, confronting their audiences at gig after gig in 1976-77. They were completely shaking up stagnant old England.

So the show is over and as I was walking out, I realised I had witnessed something extraordinary.  A band whose members who are now in their mid-60’s right at the top of their game. Dave Vanian is the supreme frontman. Capitain Sensible the master of cruise control who makes playing guitar seems so easy as he manages madcap antics.

And the band remains so British. Probably the only other band to remain so true to their cultural history were The Kinks. They both drew from Britain’s history of its own music and variety entertainment.

The Damned has always been the people’s band - remaining true to what they believed was the spirt of 1977 and staying with independent labels. Within days of signing to Stiff Records, the band were down at their label’s head office, helping out to stack their own records.  I sure am sure glad that in 2019, The Dammed are still around and serving up punk to the masses, still managing to be one of the best street-level bands who actually had commercial hits without compromising their original spark and edge. 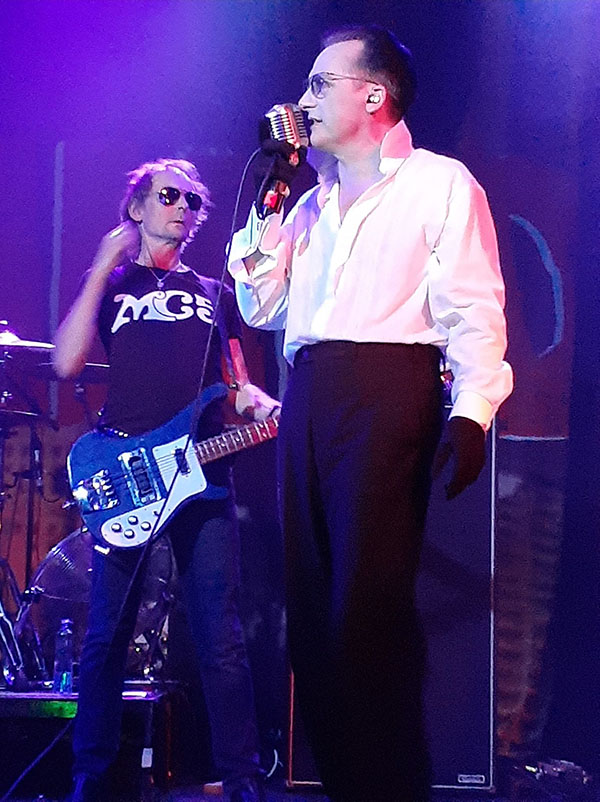