In case you didn’t know, Scott Morgan was a member of Sonic’s Rendezvous Band, arguably the greatest “local” band in rock and roll not to break through to broad success. He knows his genres. And I was an ignorant tourist, unaware of a term that had been in circulation in the US for maybe 10 years. He set me straight.

If you want elucidation, the usual online sources say “jam band” refers to a band whose set is largely based on jamming. Nothing to do with kicking ‘em out. The Grateful Dead was a jam band, although they were probably too stoned to know it. So was Phish, who were unfathomably bigger than Jesus at the time of that US visit. Apparently they were none too fond of the tag. Where’s all this leading? The Factory Floor in Marrickville, last Friday night where Datura4 were holding court.

Datura4 is the heavy psych and ‘70s blues-rock band from Fremantle, Perth, with two albums ("Demon Blues" and "Hairy Mountain") on Alive Natural Sounds, the US label that has built two-thirds of its roster on this sort of music. On the surface, Datura4 looks like a vehicle for Dom Mariani (Stems, DM3 et al) and Greg Hitchcock (You Am I, Bamboos, New Christs) who’ve forgotten more about power chords that most of us knew in the first place. More about the players soon,

Datura 4 is the closest to one of the aforementioned “jam bands” as you’re likely to see in Australia. Where guitars once ruled the local airwaves, it’s now a land of hip hop and soft pop pap. Jamming a song out is so out of fashion that the hipsters will start claiming it as their own and say they knew about it first. Just three East Coast shows for Datura4 and tonight is the middle one, in one of the few small-to-middle-sized live music rooms left in Sydney. 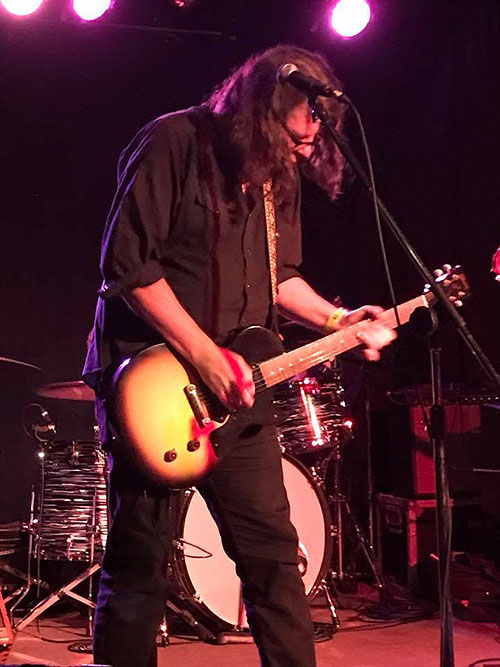 It’s 9.30. Loose Pills are warming up a respectable-sized crowd with their brand of Replacements-meets-Big-Star-with-balls, pop-rock distinguished by Ryan Ellsmore’s rich vocal and catchy songs. The band’s composition has shifted slightly with Bill Gibson’s departure but where the songs were mostly Ryan’s, the new ones are apparently more of a collective effort. Stu Wilson (drums) seems to be singing more – or at least he had a starring role in the chunk of the set I caught. And of course Matt Galvin’s guitar playing is creative and incisive, adding the sharp edges to the pop.

The bones of a new album are in the can so it’s a matter of some rock and roll surgery before we can hear it in its mastered glory. Along with The On and Ons and Joeys Coop, these guys are the pick of Sydney’s elder statesmen in the pop-rock space. Make sure you see any or all of them when they play at a venue near you.

The sound can be hit or miss at The Factory Floor as management gives young front-of-house sound engineers a free hand at the desk, but it’s generally a good place to see/hear a rock band. Tiered standing room and great sightlines - plus tap-and-go payment technology at the bar – can make for a night where you can lose yourself. I’m driving, so it’s not one of those nights. 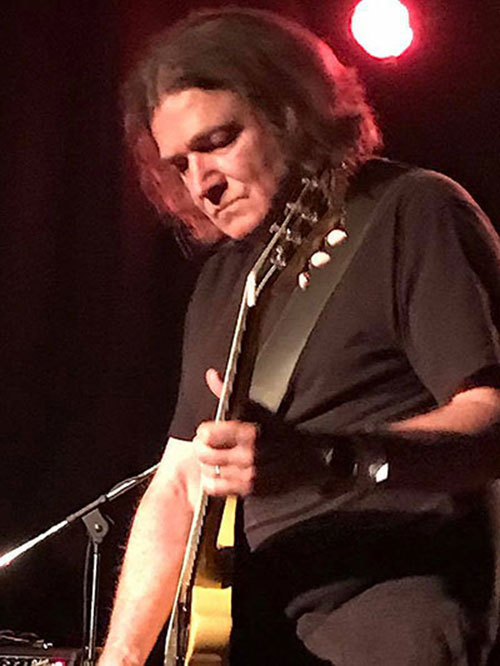 It’s too easy to characterise Datura4 as “yet another Dom Mariani band” because he’s had lots of them with sustained prominence over many years. But it would also be very misleading. Greg Hitchcock has been living in Western Australia for 13 years so, from an East Coast perspective, it’s easy to have lost sight of his formidable rock and roll guitar talents. They each bring their own songs to the practice room but Dom and Greg seem like partners in the songs with arrangements evidently involving everybody's input.

Between Hitchcock and Mariani with their combined 12 strings, there was plenty to leave you slack-jawed. Vocally, each tackles his own songs which invariably means Dom takes the poppier songs while Hitchy sings the ones with more grunt. But there's more to Datura4 than the frontmen. Stu Loasby’s bass playing was melodic and rocking. For mine, Warren Hall on drums was Most Valuable Player tonight. His playing overflowed with swing and his mighty kick and precise fills combined to put a V-8 Hemi under the songs.

And speaking of songs, Datura4 do love to jam them out. That’s apparent on a number like “Uphill Climb”. The guitarists indulge in chunky riffing and swapping licks, rather than setting off on epic, winding, spidery leads like Neil Young or J Mascis. It’s music birthed by Aussie pub rock. And Datura4 doesn’t noodle, either. 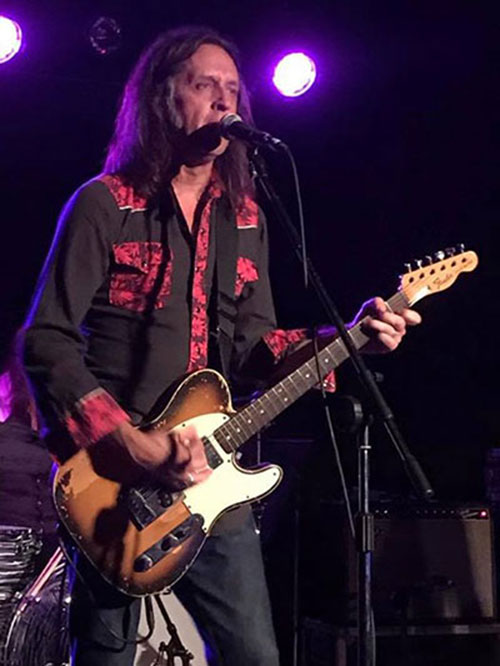 If Greg Hitchcock's Tele could talk...

It’s Mariani and Hitchcock’s band but it’s not The Dom and Greg Show. The other guys receive their kudos and get to stretch out musically as well. There’s an easy interplay occurring between all of them with sly nods, laughs and nods that reflect years of gigging. Whether by accident or less likely design, Datura4 looks like a ‘70s band. Mutton chops all-round and boot-cut jeans. Hitchcock’s battered Telecaster looks like it’s had more brushes with trouble than Ben Cousins. If only it could talk. The guitar, I mean.

We get songs from both albums and a few newies as well. The ode to a deadbeat (it’s name eludes me) sounded especially interesting. “Fool’s Gold Rush” and “Mary Carroll Park” - who would have picked that one to be about bucket bongs in Gosnells? - are earwigs as this review is being typed, three days later. The economics make it hard but everybody in the room tonight would be overjoyed to see a repeat East Coast run.