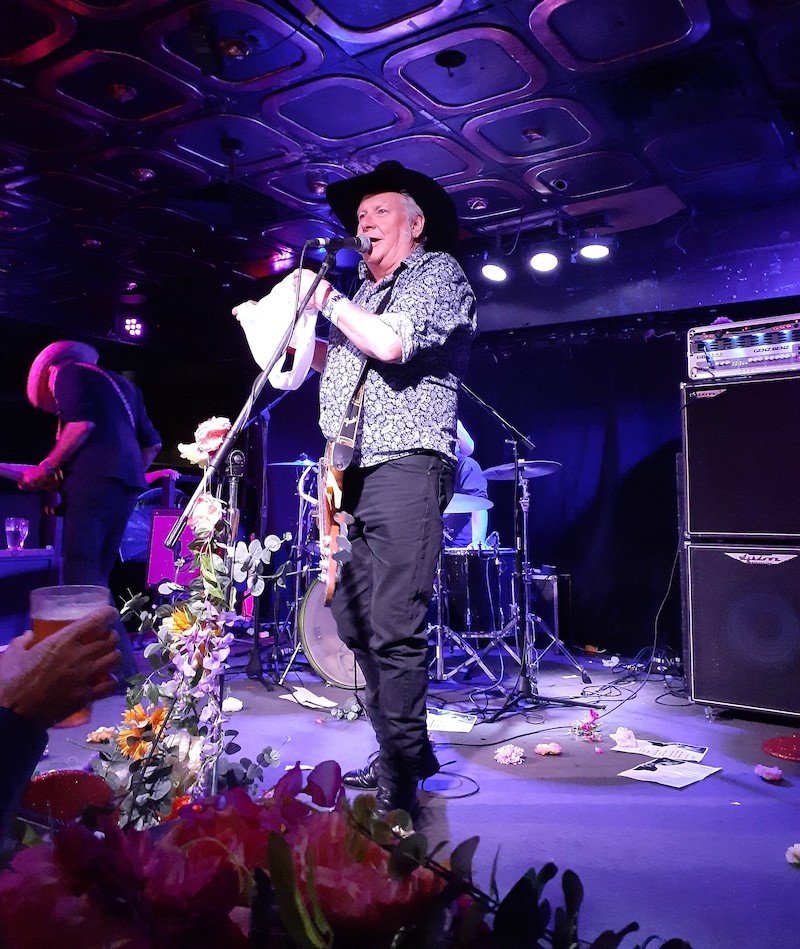 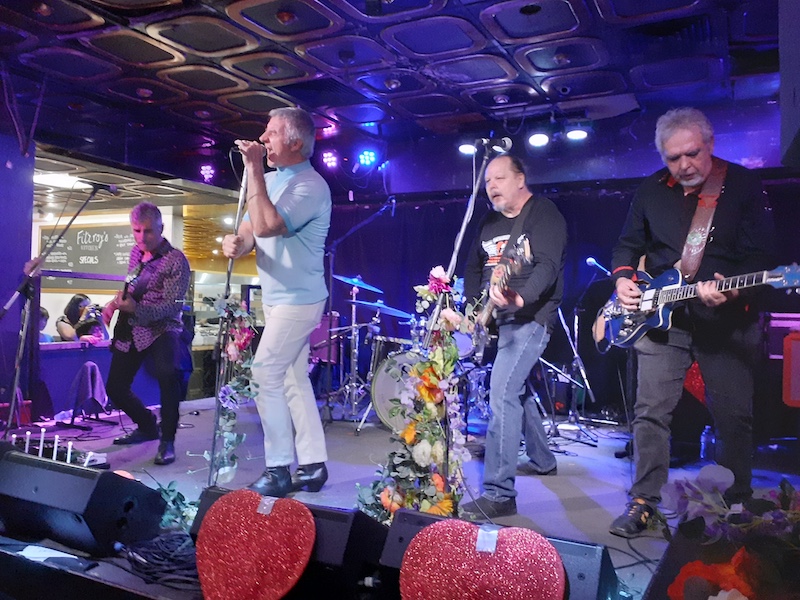 The fact that this band has such a diverse pedigree of musicians from some of the more iconic bands of the 80’s and 90’s (Psychotic Turnbuckles, The Conspirators, Sheek the Shayk, Thurston Howlers, 69BC amongst others) is evident in their execution of original and covers. Their version of the classic psychedelic track, “Be Forewarned” was intense and powerful. It is only a matter of time before this band are headlining their own shows.

Throw in a smattering of Lost in Space (the TV show) references and humour and you have a very entertaining package that thunders along and is over before you realise it.

Next up were Molting Vultures, a band from Adelaide with members from Melbourne. Together for 18 years and playing in Sydney for the first time, this six-piece outfit hit the ground running and delivered a energetic set that was a cross between surf, pop, garage and psychedelica.  Complete with a portable keyboard and a theremin, their music was instantaneously catchy and powerful.

The set cumulated in a version of the MC5’S “Looking At You” which descended into a riff and keyboard sonic assault assisted by the Grand Wizard Vince Cuscuna guesting on guitar. 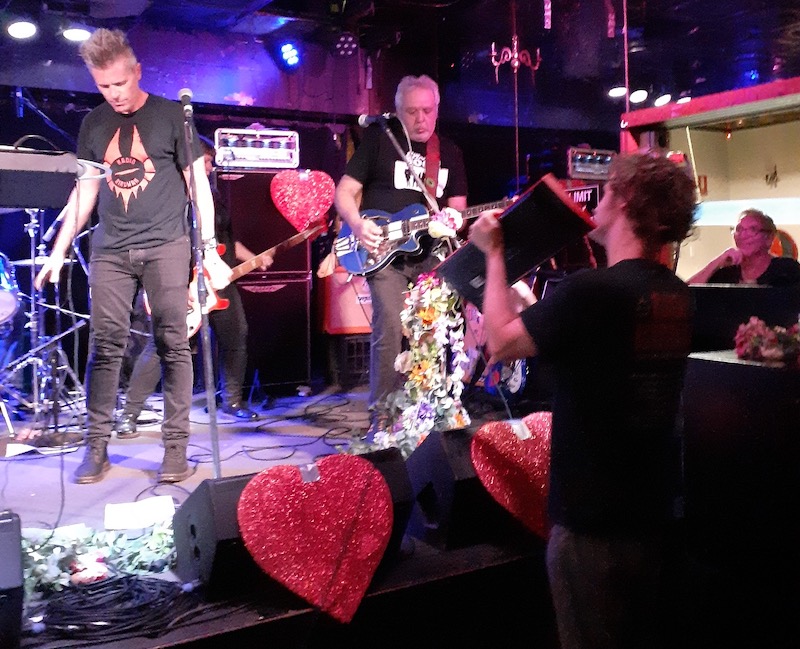 Proceedings took a turn for the bizarre as Elvis Presley's 2020 Blowback Special invaded the stage. Here was a (fmale) singer In full (male) Elvis regalia, energetically delivering a comedy routine, complete with twisted versions of Presly songs aptly supported by "Scotty Burton" on guitar.  With props such as a KFC bucket with rubber chicken pieces and a pillow shoved down the front of the outfit, you would be forgiven for thinking you were viewing the real deal.
In all honesty, "Elvis" had a great voice and the crowd was loving it. I really didn't know what was happening toward the end when a beautiful girl in lingerie came on stage and proceeded to bump and grind in a routine that included th us of whipped cream and a banana, causing The King to shout out "Oh Lordie". A bit of fun.

Following the Blowback Special, a lucky couple was married (or remarried, I am not sure which.) Being the gentleman he is, Hoody from The Johnnys, escorted the radiant bride to the stage where a ceremony was conducted by The Most Reverend Bob Short of the Holy Church of Filth. A lot of effort had gone into tonight to give the venue the right asthetics with gorgeous (ED: plastic!) flowers adorning the stage and glittery red hearts stuck everywhere. It was a very Aussie ceremony with Bob Short sounding a bit like old school comedian, Austen Tayshus ("Kiss the bride, you fool").

The Johnnys were next and what can you say about a band that has survived the test of time? Still remember seeing them at Cronulla Leagues Club supporting P.I.L. playing at the Mosman Hotel supported by Grong Grong and Salamander Jim, totally demolishing the Hopetoun Hotel and playing the country and western night at the Evening Star?

Having not seen the band for many years and well aware of the passing of Spencer P. Jones,  I was amazed at the chemistry and professionalism that still exists to this day.

The Johnnys are Graham “Hoody” Hood on bass, Billy Pommer Jr on drums and Slim Doherty on guitar. Hoody was resplendent with white Y-fronts adorning his neck for most of the set. “Way of the West”, Injun Joe”, “Showdown” and of course, “I Think You’re Cute” (especially for Valentine’s Day)  were some of the stand-out songs of the night.

It was a fantastic night of some of the best live music I have seen in a while and I would definitely recommend The Johnnys, Jupiter 5 and the Molting Vultures.

The gig was promoted by the I-94 Bar.