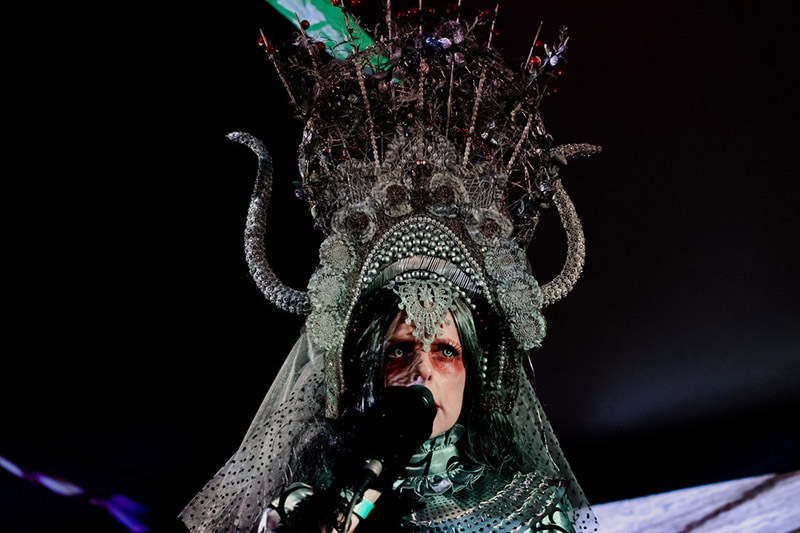 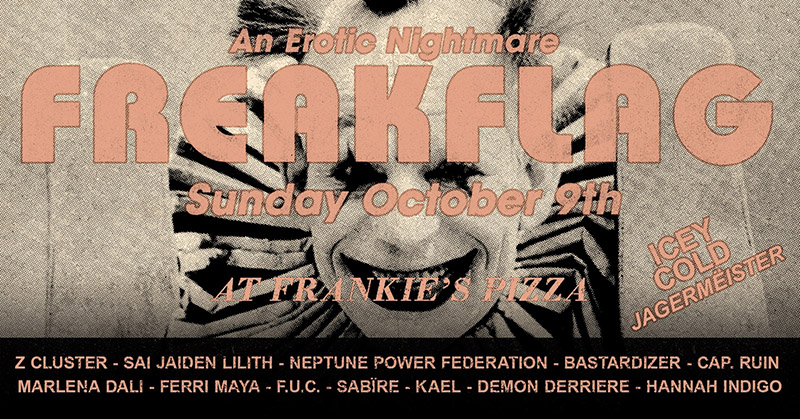 Now, Frankie’s Pizza is an interesting venue (they are moving early 2023). It reminds me slightly of the legendary 1980s-90s venue The Kardomah at Kings Cross. Even some of the punters at Frankie’s looked like they could have been transferred directly from the olde Kardomah. In fact for a moment I though I saw the entire Candy Harlots circa 1989 hanging around the bar until I realised that would be impossible.

The main difference was nobody at the Kardomah had beards and at least 10 percent of Frankie’s did (females included).

The show was a multi band festival with a fetish theme. This meant that between bands two frisky young things (I didn’t know the gender of these “performers” and I didn’t want to know) were doing some kind of fetish art performance which involved one hanging near naked from a trapeze hooked to the ceiling of the stage whilst another frisky did some kind of disco meets tai chi dance art performance (or something). 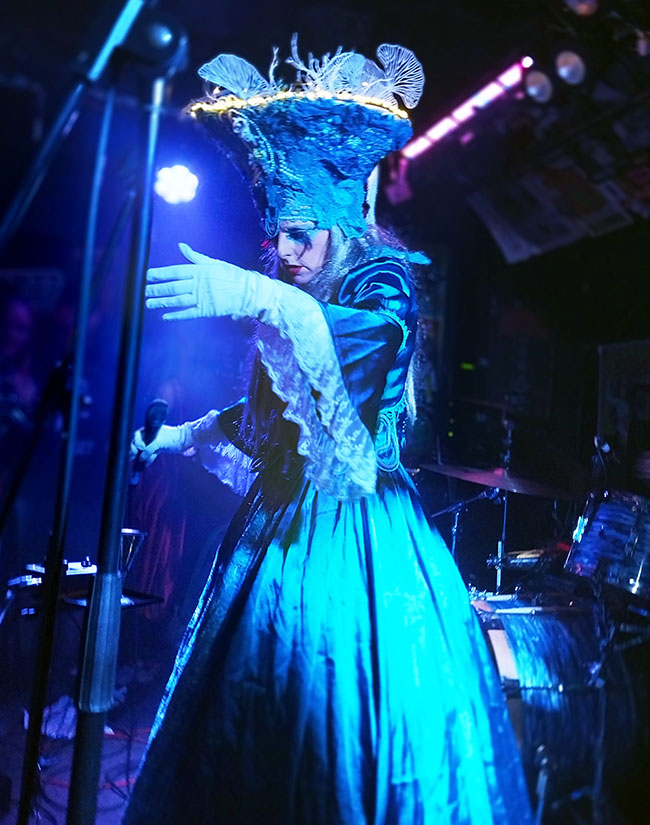 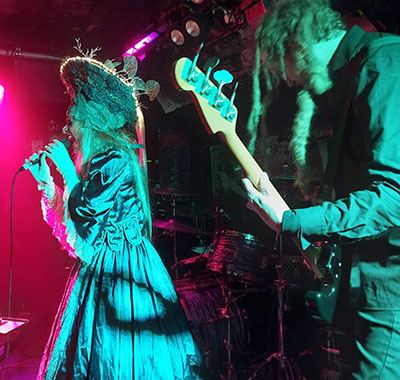 The bearded punters took lots of photos during this part of the show. It now seemed like a good idea to retreat to the front bar. One thing that Frankie’s should to be applauded for was the sound system and the good choice of tunes between bands. The sound system was incredible, even dodgy songs like “Modern Love” by Bowie sounded pretty good and legitimatwly smashing songs by Cheap Trick, AC/DC and Tubeaway Army sounded astounding.

After the stage was hosed down the Neptune Power Federation were introduced on stage by the MC (who did a great job in firing the crowd up. More venues should have MCs) and the band smashed it. They sounded & played rock-solid. Everyone in the band should be knighted for their musicianship at this gig.

Lead singer Screaming Loz Sutch must be one of the greatest performers and singers in town. She hypnotised the crowd into a neo-head banging ritual. The band are all top shelf musicians, never over playing.

The set was a career spanning 12 song sermon. Highlights were “My Precious One” off the new album and “Rat Queen” from the previous record. Stripped of the LP versions overdubs, vocal choirs and sound effects The Feds proved they can cut it live without the studio hocus pocus.

The last song was a cover of Motorhead’s “Killed By Death” which, when put into the hands of The Feds, took on a whole new level of evil to the song.