So even though I knew probably 50 Stones songs off by heart, I didn't buy a Stones album till ‘78 when I got “Some Girls”. I got the cassette and flogged it in my HR wagon; it's a great album, start to finish, not a dud on it, I did get sick of “Miss you” though. Still, they whipped up enough Stones magic to hold their own against the punkers and New Wave fuckheads.

Cut to 1988 and I'm in heroin rehab for seven months. There's a mean Irish guy who eventually settled down and played “Exile on Main Street” all the time - I mean all the time – as he only had one tape. “Exile”, over five months, I got to know inside out. He mostly played it all weekend and in ‘92 I got a copy, along with “Sticky Fingers”.

Later, I realised this was the Mick Taylor era, and as it turns out my favourite Stones era. I watched a few ‘73 tour video bootlegs, read a bit about that era. Yep, it's my favourite span for the Stones.

Mick Taylor left because he got stuck into the hammer. It didn't seem to slow Keef up much, but Mick Taylor got plenty spooked and split.

So zap forward in the time machine to 2014 (mmm, it's a LONG way from ’73) and the Stones are in their ‘70s mostly. They are around the age now that those funky old blues guys were that jump started them back in the ‘60s. They honoured those guys way back then, by covering songs, taking ‘em on tour, keeping them in fried chicken and Jack Daniels. They introduced a white middle class generation to garage blues, harmonica and sex beats.

You know there's a myth that Clint Eastwood had the script for the “Unforgiven” 20 years before he made it. It says that he wanted to look older when he filmed it, so he waited and when he looked worn in enough he shot it, so to speak.

Somehow this worked for me to wait till now to see the Stones, in their “worn in” Unforgiven era, and probably their farewell tour.

Still, people probably thought when their average age was 50 that would be it, so who knows

I've played “Exile” a lot, and “Sticky Fingers” and “Some Girls”, well my kids know those records back to front. They'll probably have to get their own copies at some stage, and who the fuck knows, THEIR kids might get to know those records too.

That 20th Century was a doozy, a lot of the culture conjured up that may well be around in 500 years. 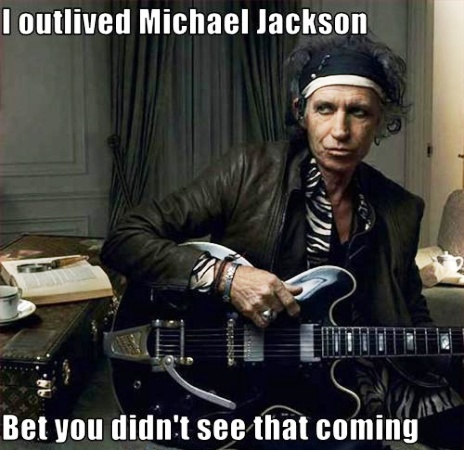 The Stones sure have lasted, that working class ethic, working class soul, like Gough Whitlam and Margaret. I sure as fuck was excited to see them play, to see them alive, play live, see them do what they do, still together after all these years.

Mick said during the show they'd played in Sydney 20 times over the years, and that's a fair whack of time.

How was the show? An emotional roller coaster, at times hard to comprehend the deep nostalgia and life memories I was feeling, and a lite sense of party fun. The Stones are earth’s great show offs; it didn't matter a tinker’s cuss that they are old, there was this great warmth coming off the stage

They have a pretty decent giant projection screen thing happening - great for the close ups, About halfway through there was a close up of Keef: his eyes were looking downward, watching what he was playing, then he looked up and clearly mouthed the words “I love you” and smiled, I traced the recipient and it was Charlie; he was smiling too. Those snippets of moments between the band, having a cool time, are as infectious as Ebola.

I can't complain about the set: Four songs off  “Exile”, two off “Sticky Fingers” and two off “Some Girls” PLUS Mick Taylor came out for two songs. He cranked an awesome feature lead break in “Midnight Rambler” AND mid set Keef did 3 songs in a row.

“Gimme Shelter” and “Sympathy” were absorbing and mesmerising, got so swept up in those two. They had a choir come out for a moving version of “You Can't Always Get What You Want”.

I stood up for half of it, swaying with my life partner in crime, and when we were feeling it, we'd throw an arm over each other's shoulder. At other times we'd laugh out loud at the antics, sheer joy. 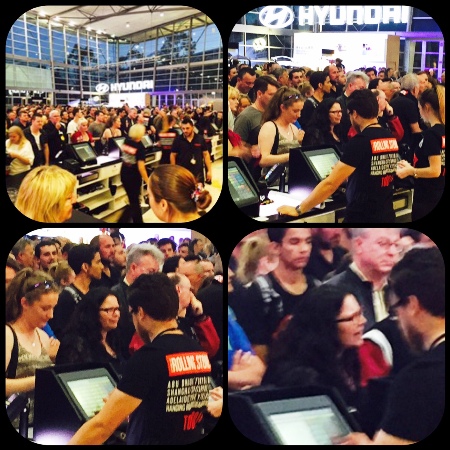 The Stones did one show in Sydney and at $500 a ticket it was diehards only. The energy from the crowd was the same, front to back to sides, generations of Stones lovers

At times my mind was racing remembering different times over the last 40 years I've had a relationship with this band’s music...the singles blasting outta AM radio, parties...driving in my first car...walking through a neighbourhood hearing “Sticky Fingers” blasting, going up to the front door and staying till the next day...playing the records on the weekend...watching documentaries...watching movies of live shows... and over time, understanding the significance of the lyrics to “Sympathy” and “Before They Make Me Run”.

When they did the band introductions, I was overwhelmed.

The 20th Century is history. Yep kids, the 21st Century is all yours, I can't see you noobs going to see M&M or Taylor Swift when your are 70. The music business is fucking your virgin asses, but hey, they will always try to. P T Barnam is there, always, step right up step right up there's a sucker born every minute. Lucky for me that Keef smashed a bottle of JD over his head and told him to fuck off so we could have something long lasting, something fun, something pure and sacred, but mostly authentic.

This was anything but just some gig, and the longer I've waited just made it all the better.

"I wasn't looking too good but I was feeling real well"