Sleepless in Adelaide: A tale of two bands

Written by Robert Brokenmouth on 01 April 2016. 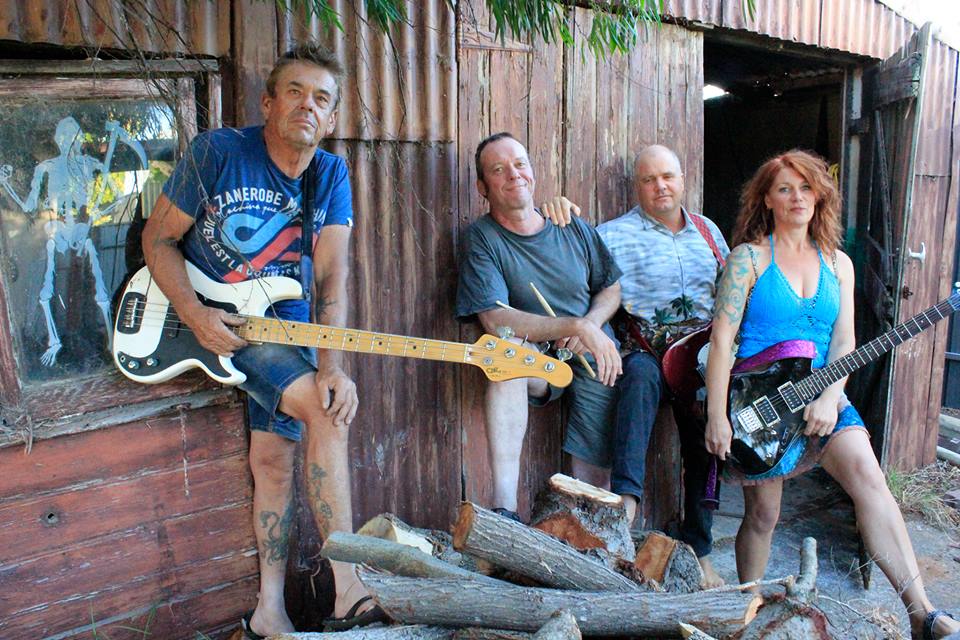 It’s a Friday night in Adelaide and I’m coming down with a bug. Systemaddicts are headlining, but I miss them and go home to crappy night’s sleep, so serve me right. But let's re-cap...

First up, was a support with the best name I’ve heard in years: Those Magnificent Screaming Bastards.

With a name like that, you’d be forgiven for thinking that might be the best thing about them. Astonishingly, Those Magnificent Screaming Bastards are brilliant. First, imagine every bonkers early rock’n’roll record you ever loved, complete with honking sax. Second, imagine three mischievous musicians hell-bent on breaking every single r’n’r rule. Third, stuff into an industrial blender with the sheer original concept of punk.

A three-piece, sharp and clever drumming, a baritone guitarist and a skronking sax may not sound especially flash, but their impact is immediate. People are dancing, girls trying to pick up tossers, old gits like me are accused of not enjoying myself - I was rapt.

Those Magnificent Screaming Bastards play very short songs, try our patience in that old-fashioned punk way by fucking with our expectations, are determined to annoy us, and announce almost every song, each of which has the word “bastard” on the end of it. I can’t begin to explain their savage, retaliatory humour, the way they veer into bebop without being bebop but still bopping and swinging in the original senses. I believe they have a cd imminent, and you need to drag these bastards to your town today. And yes, they do scream a lot.

Hunky Punks are an outfit I’ve wanted to catch live again for about a year; they’ve improved beyond all measure from their earlier gigs. Tight, tight, tight, they’re fascinating to watch. They have Janet, with her distinctive mane of red hair on bass, reminiscent of Cartimandua wielding a broadsword; Om Davbees hunching over his guitar and Anton Becker trying not to strut on other guitar, and Michael Grassel on particularly flavoursome drums.

About half-way in Janet and Om swap instruments, and we go from Janet’s powerful roaring voice to Om’s more gravelly vocal. Hunky Punks are quite a beast to behold, there they are, trapped on the tiddly stage with the crowd bouncing up and down and quite, quite inebriated, it’s a bit like seeing several bands, so strikingly different are the songs, which veer from a sort of 1976 punk to strident pop. They’re forceful, fun and a cool crew.

They’ve got a damn good pop album out now; harass them for a copy here.