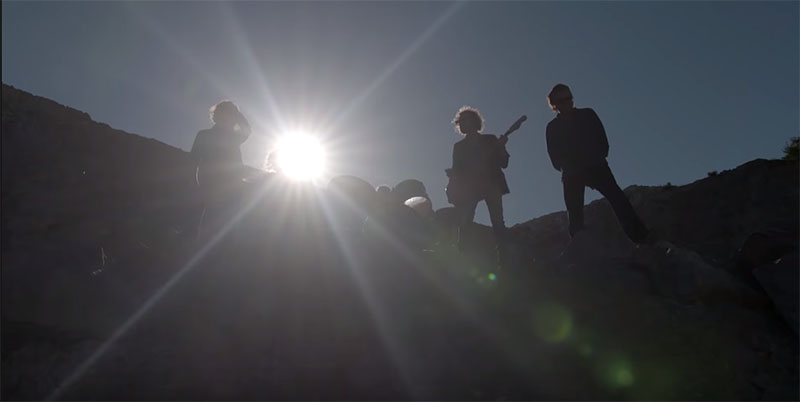 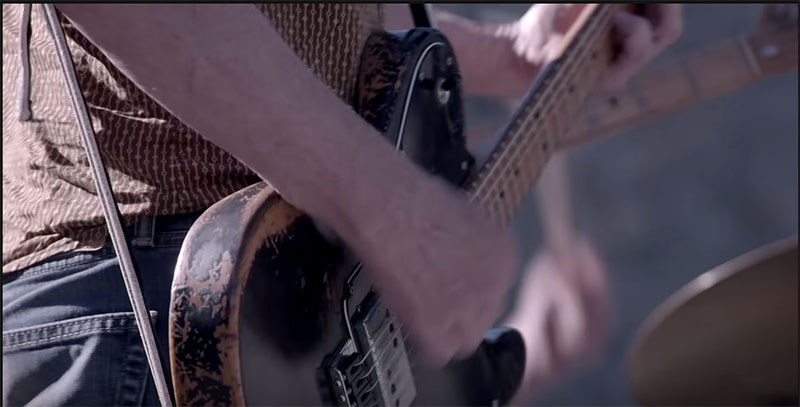 The band travelled up to Sydney in Frank Savage’s purple panel van and supported The Scientists at the Bondi Tram. Spencer got to talking to Kim Salmon and Boris Sujdovic during the gig; 12 months later, Salmon, Sujdovic and Spencer (now living in Sydney and playing with The Johnnys) were playing together in the Beasts of Bourbon, a drunken party-band thrown together to play a few gigs at the Southern Cross Hotel in June 1983.

Spencer saw Rose Tattoo at the Bondi Lifesaver back in 1976, back when Ian Rilen was still in the band, still a few months away from ditching the Tatts for something tougher. Watching the Tatts on stage that night – all dressed in black, black Flying V guitars, black scratch plate, black everything – Spencer learnt an invaluable lesson.

“Ian understood about rock’n’roll in its highest form – art. And I was totally comfortable with that.” The Beasts of Bourbon took Rilen’s treasured pastiche of art, deviance and rock’n’roll and, to coin the obvious cliché, turned up to 11.

Spencer is no longer with us, but his spirit lives on. So, too, has the irrepressible Brian Hooper moved on to a more peaceful place. Salmon and Sujdovic are back in the fold, not as Beasts of Bourbon, but as Beasts. Tony Pola is still around, as wild in appearance now as his behaviour was back in the day. Charlie Owen is on guitar; anyone who took the long-odds on he and Salmon playing together in a Beasts of Bourbon line-up must surely be laughing all the way to the bank. And, of course, there’s Perkins out the front.

There was an element of managed expectations in punter commentary leading up to tonight’ gig. “It’ll be great to see them play, but it will be sad without Spencer and Brian,” was the common observation. And that much was true. We all wanted to see Spencer on the left of stage, cowboy hat, faint smile and deft licks, Brian just in front of Tony Pola’s drum riser, swaggering, rocking, plundering his Maton bass feverishly like a teenager with their first electric guitar. But tragedy has befallen the Beasts of Bourbon, and we’re here to witness the Beasts Still Here.

The chemistry is discernibly different. The interaction between Salmon and Owen is more functional than intuitive. Sujdovic plays to Salmon’s guitar more than Pola’s drums. Perkins’ gesticulations and sneers lack the punch of the early 1990s, but he can still command a stage. Standing back, this is a performance more about celebration than confrontation. It’s a less cogent band than the final incarnation of the Beasts of Bourbon, but with a more subtle combination of personalities and musicians.

The set list is replete from material off the "Still Here" album, with regular trips through classic Beasts of Bourbon material, and the occasional lesser-played old songs ("Door to Your Soul" from Sour Mash being a particularly happy surprise).

"Pearls Before Swine" is a punching rock song, and a welcome addition to the Beasts’ repertoire; later on we get the slick-blues Perkins-Salmon court-room dialogue of "Your Honour", which mocks the Beasts mythology – ironically, the same mutation of art into life that underpinned Salmon’s departure from the Beasts back in 1993.

The ever-cool Sujdovic does his level-headed best to make up for Hooper’s thundering absence in "Chase the Dragon"; "Just Right" is all salacious innuendo and narcotic fetishist sub-text, maybe this time around delivered with a heavier dose of irony. James Baker gets a nod in "Drunk Pn a Train", a definitive Baker garage-punk composition; a bit later there’s "Drop Out", another Baker track from back in the day when the future was something to be denied, and never acknowledged.

The cover of Warren Zevon’s "My Shit’s Fucked Up" is soaked in pathos, but while the band resists the temptation to over-milk the tragedy of the moment, the rendition Frank Zappa’s "The Torture Never Stops" hammers home the message ever further. "The Hospital" can never be as good as it was all those times we saw Spencer playing it solo to a dedicated crowd of punters in some small Melbourne bar, but Perkins gives it his best shot.

The gig ends with "Execution Day", and we raise our glasses again to the fallen but never, ever forgotten Spencer. He wrote this track in the dying days of The Johnnys, but it only took shape after he came back from the Beasts of Bourbon’s first European tour in October 1989. As with all of Spencer’s songs, there’s a lot going on, musically, lyrically and emotionally. We’ve heard this song hundreds of times, and it’s always vital, fresh, vivid and stark. And like the work of the finest songwriters, you can extrapolate the song to an infinite suite of events. Just like tonight.

For what tonight promised to be, it was, for better and for worse. Only time knows how long the Beasts will last.