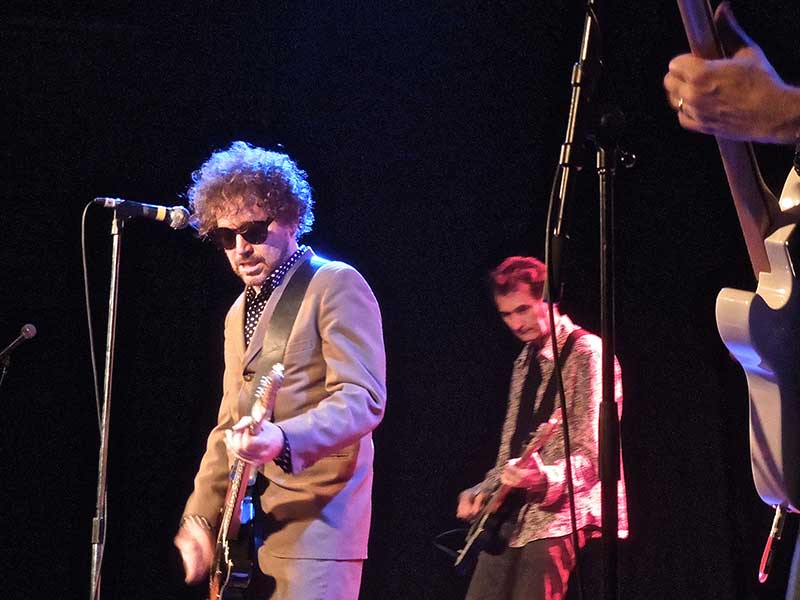 Things got out of the gates slowly with “Girl" took a detour into left-field with a re-worked “Sympathy For The Devil” (yes, the Stones song) and went MIA for a time. Whether technical problems (more on them soon), exceedingly high hopes, too many pre-show beers at the pub around the corner, or a mix of all of the above were to blame, nobody will ever be the wiser.

Like a special bake by a middle-ranking contestant on a reality cooking TV program, this show was only good in parts. But The Scientists did come home with a wet sail.

The night was almost over when they hit the high points, being a savagely graceful “Chinese Rocks” and the familiar “Swampland”… neither of which were “their” songs.

(Don’t pull me up here – “Swampland” was by a subsequent line-up, after Kim Salmon had moved to Sydney and Boris Sudjovic had rejoined. Its inclusion felt like a concession to the uninformed.)

“Shake (Together Tonight)” seemed to want to throw off the lethargy that dogged much of this show but couldn’t work out how. As for that biggie - the Romantic didn’t seem all that Frantic.

His two guitars matched his all-white outfit but sartorially elegant Roddy Radalj couldn’t seem to get his instruments to stay in tune for more than one song. The poor guy spent the first half of the set swapping them at the end of every number.

Not surprisingly, Field Marshall Kim Salmon was having none of it and publicly directed Roddy to leave his white Gretsch copy at the side-of-stage where no sunlight was ever likely to shine. Bring back the infamous home-made cheese grater six-string, someone unkindly said. No matter. Roddy beamed that big grin much of the time and The Scientists collectively stayed in good humour.

Shit. It was a fun night, even if it didn't rise to dizzy heights. Lots of old heads and the band didn't take itself, or its legacy, too seriously.