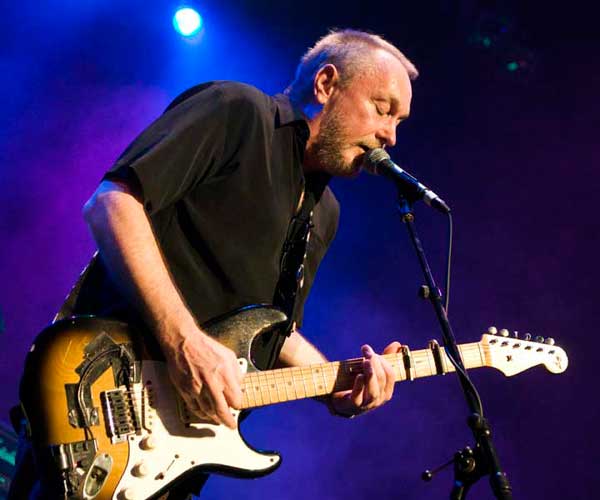 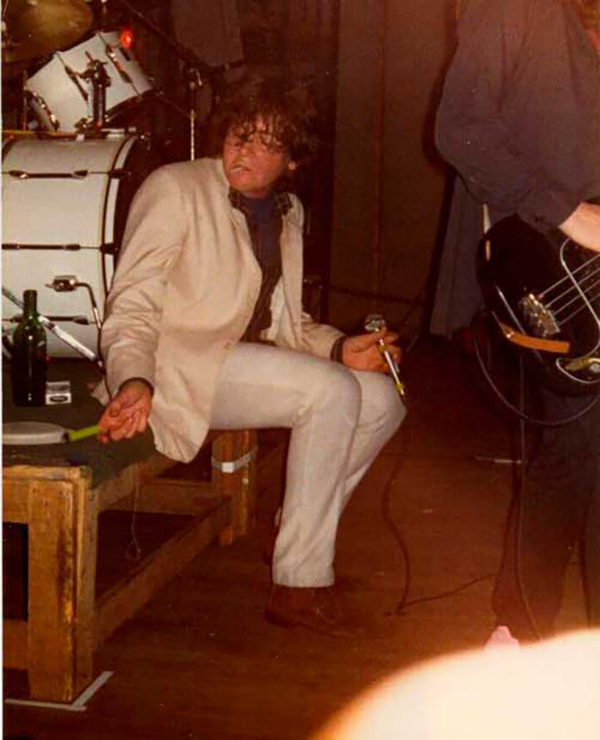 Chris Bailey circa 1977 in the Saints.

From his Brisbane home, a relaxed and personable Saints guitarist Ed Kuepper is being honest when he says of the Saints re-activation: "I guess the process of putting things together will be a bit...political."

"I wish I could say it's like old comrades getting together again because sometimes we get on like shit (laughs) but I’m sure it’ll be great."

The collective "we" of course refers to Kuepper and singer Chris Bailey, the loquacious, bon vivant vocalist. They co-founded the band (then known as Kid Gallahad and the Eternals) with pianist/eventual drummer Ivor Hay in Brisbane in 1974.

If you're not convinced this Saints thang is an event of seismic significance, consider that it's happened just twice before...for the Pig City Festival crowd in Brisbane in July 2007 and for the briefest of mini-sets for the band's ARIA Hall of Fame induction in Sydney in 2002.

"There was talk about us doing something," Ed says of the Pig City reunion's immediate wash-up. "There was an offer. The Meredith Festival was an option.

"I think it (Pig City) worked well. The way I looked at it at least was that Pig City was like putting on a Saints show as if we'd gone one and toured 'Prehistoric Sounds'.

"We never did of course - but if we had have, we would have been playing some songs from the earlier two albums.

"There are always things which kind of get in the way and can be a bit of a drag, but my only regret after Pig City was that we didn't go out and do more shows. Music transcends…."

Transcendent enough for a re-convening too of Kuepper's post-Saints band, the Laughing Clowns, at the same ATP festival series. 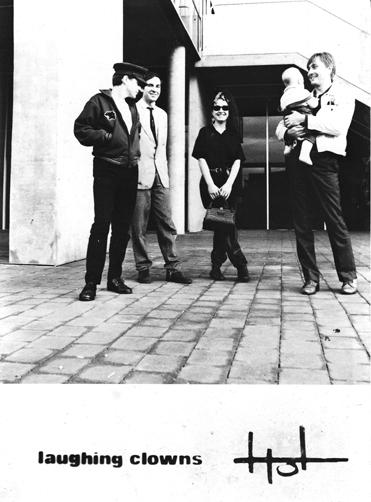 The foundations for that were laid back in the '90s when Ed and longtime Clowns drummer Jeffrey Wegener started playing shows as a duo. It ended decades of estrangement between the pair that began when the Clowns - themselves an ever-changing, sometimes fraught unit - dissolved amid disharmony in 1984.

The Clowns were something seriously special in Australia in the 1980s: A band with myriad influences (jazz and punk being only two of them) that despite the best efforts of many critics ("jazz-punk") were impossible to pigeonhole.

In some ways, their return is even more intriguing than that of the Saints because it opens new possibilities that the better-known group, at least on evidence to date, fails to offer.
Looking back, the Laughing Clowns were a linear progression in Kuepper's songwriting, an extension of the horns-assisted boundaries he was pushing in the final days of the Saints, wrought with a degree of measured control and poise on the surface, but more underlying tension.

So how did it come to this? Fast forward to 2008 when Ed and Jeffrey found themselves on a European tour bus as supports to Nick Cave and the Bad Seeds and the topic of potential ATP line-ups arose. As curators, the Seeds get to pick who's invited to play.

"I think they were apprehensive about putting it to me, because they sussed Jeff out on it first," Kuepper laughs.

"I was sort of quietly asked if the Clowns were a possibility and told them I didn't have a problem at all. Not being the world’s best negotiator I told them the only reason it hadn’t before was that no-one had ever asked us."

The Saints Question was the obvious follow-up, given their status (with Radio Birdman) as independently co-existing co-progenitors of what would inadequately be tagged punk in Australia in the mid-'70s. Phone calls were made, emails were sent. As to what Saints songs are played where, no-one's even gotten that far yet.

By contrast, the Clowns line-up - and you'd guess much of the set list - is already a done deal, all but picking themselves.

Kuepper and Wegener will be joined by longtime tenor saxophonist Louise Elliott, later era bassist Les Millar and newcomer Alistair Spence on keyboards. If the last name is vaguely familiar, it's because Spence played on the Don't Look Back festival reprise of "Honey Steels Gold" album.
"Louise is still living in London, making and teaching music," Ed says of the dynamic saxophonist who guested with Kuepper and Wegener on a UK gig in 2007.

"She came down from Glasgow with about 20 minutes to spare before we went on, so we didn't have a sound check, but we did this extended version of 'Eternally Yours' that we more or less made up on the spot and it was really good. 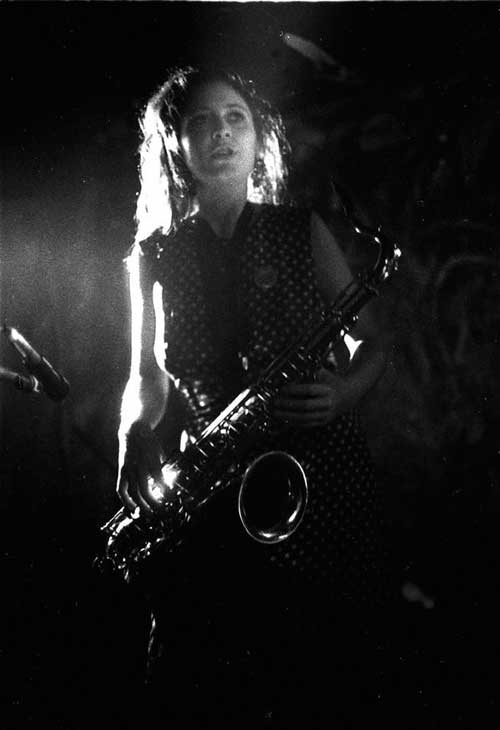 "There are a lot of saxophonists out there but I don't think it would have worked as well - or been accepted - without Lou in the line-up.

"As for Les Millar on upright bass, he wasn't in the line-up for the same amount of time as Louise but I think he could play anything. He's one of the best acoustic bass players I've seen. He's just the bass player we need for where I’d like to take it.

"Jeffrey kept nagging me about keyboards. We only used keyboards occasionally with the original band, but I think they’ll add something really good to it so Alistair Spence will be in the line-up.

"I think the line-up of the Clowns will be capable of taking things to the next level, but even though I’m an atheist I don't want to jinx things, as I'm quite superstitious.

"I don't know what the significance of black cats is but I don't want to see one before a gig and I don't walk under ladders."

So how did the Cave/Bad Seeds/Saints/Laughing Clowns intersection occur? The Birthday Party and the post-Saints Clowns did co-exist for a time in London but Ed had domestic concerns.

"I actually didn’t see much of anyone though the Clowns did a couple of shows with the Birthday Party over there.

"My wife Jude was having our first son so we were a bit removed from all the other Australian musicians and the regular bar-b-que get togethers. Actually living in slightly more, err, sober circumstances. 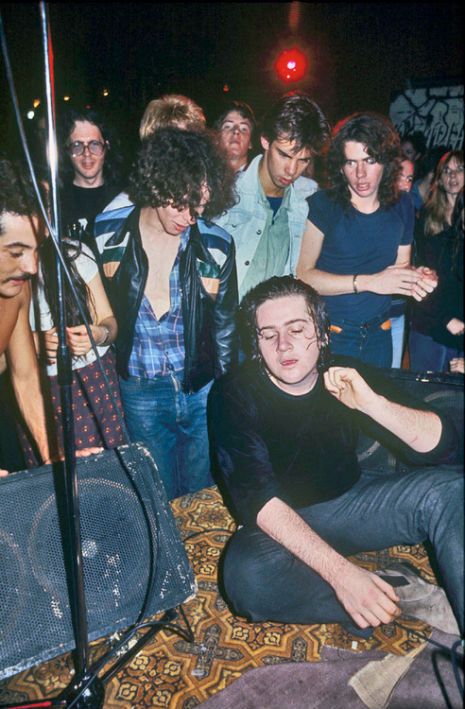 "Nick showed me a photo he has of the Saints playing the Seaview Ballroom (ED: Tiger Room) or somewhere like that (in Melbourne) back in 1978. There's Chris, rolling around on the floor and chewing on someone's foot or something and some faces of people looking on in wonderment, but I didn’t know him (Nick) then.

"I think I've seen Nick and the Bad Seeds more than anyone else ever, now. We played about 20 shows with them in Europe this year and the tour was fantastic; they were on the money every night and a pretty hard band to open for.

"Believe it or not I’ve never done a support tour like that before.

"Warren (Ellis) and Marty (Casey) also joined us a couple of times towards the end of the tour which was fantastic; unfortunately the recordings didn’t work out…"
Back to ATP and if being the Saints again is a high-pressure gig, won't Laughing with the Clowns be potentially just as hard?

"I'm having to go back and re-learn some of the chords I played back then. In one respect it's going to be easier doing the Clowns as not that many people will know us, I think. There'll be less expectations and we'll be able to do what we want with some new stuff.

"We do hope to record some new stuff. My studio won’t be big enough to record five people at the same time so we’ll have to go somewhere else."

If a Saints reunion looked elusive, surely the prospect of a new Clowns record was impossible. Chalk another one up to the passage of time and some small patch of spare time turning up in the busy Kuepper schedule.

The well-received solo album "Jean Lee and the Yellow Dog" aside - and there's a chorus we'll join in saying it's Kuepper's best in more than a relatively quiet decade - he's well into the release of a series of "authorised bootleg" live albums, the first three of which are either sold out or perilously close to being so by the time you read this.

"As a commercial enterprise it was something I did to try and raise a bit of money to pay for the next solo album and it seems to be working on that level. 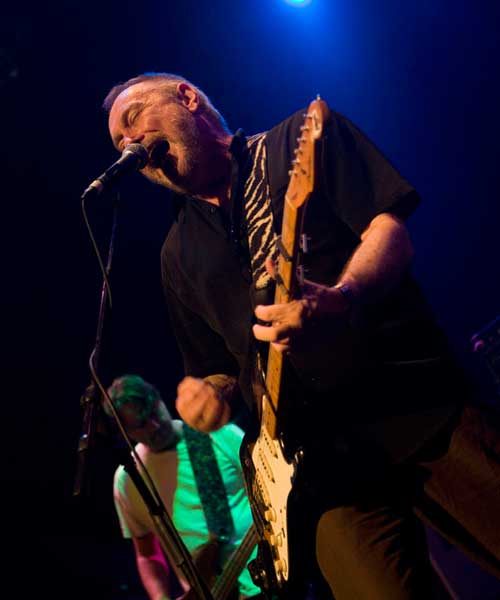 "My reasoning is that if there are people out there interested enough to want this stuff, they may as well have recordings that sound a little better.

"It's flattering in a way to be thought of as worth bootlegging. I suppose if someone was pirating my newest album I might have a problem but if it's something old or out of print I'm a bit more ambivalent, a lot of my stuff seems quite hard to get hold of.

"It keeps people hearing about you so it works in that way; besides it’s not like I’m Axl Rose or something.

"So I'm actually really busy. Lots of writing and there are the final two bootleg series CDs to get manufactured before the Christmas rush, then I'm doing some solo things that haven't been finalised. Then the Saints and the Clowns.

"I'm thinking we'll probably do five days or so of rehearsal for the Clowns. That should be enough. Hopefully the same amount for the Saints.

"I don't listen to other music at all when I’m writing. I'm hearing enough music then and I just want to switch off." 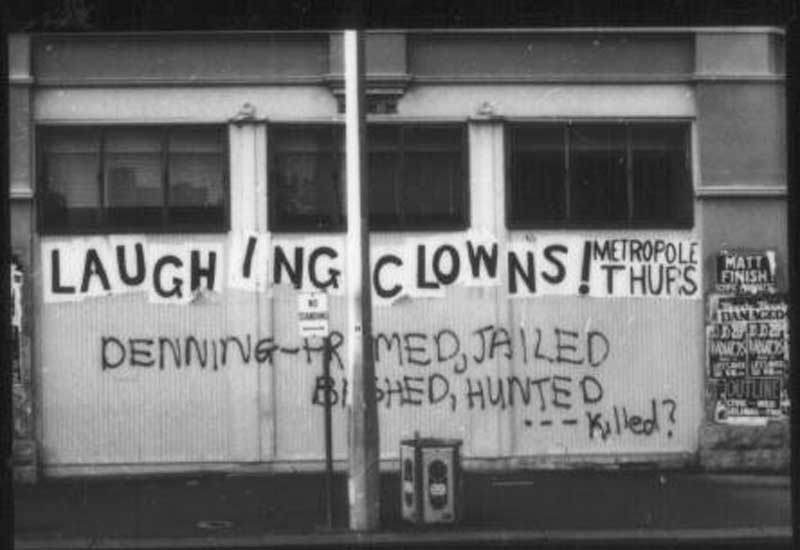 Granted he's done lots of festivals over a career spanning album sales of more than 150,000 units, but are they are a fun thing to do?

"I'm not a fan of festivals. I like Neil Young but couldn't bring myself to go to the Big Day Out to see him. The Stooges were one of my favourite bands when I was a young fella but I didn’t go see them at the BDO either.

"The ATP I did with Jeffrey at Butlins in the UK last year was great. I must admit to being jet lagged and sleeping a bit but I made an effort to get out and see much of it.

"I think the ATP in Australia has the potential to really take things out of what they are in a festival sense here and be something different.