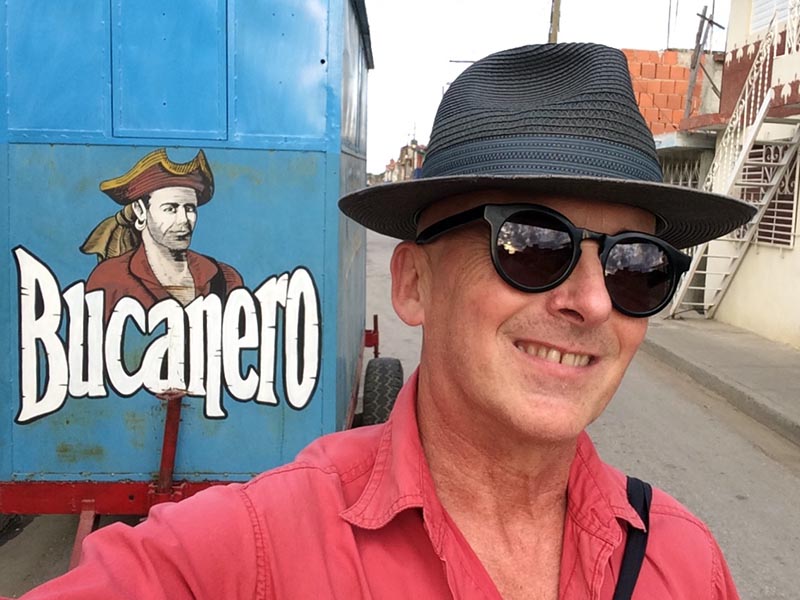 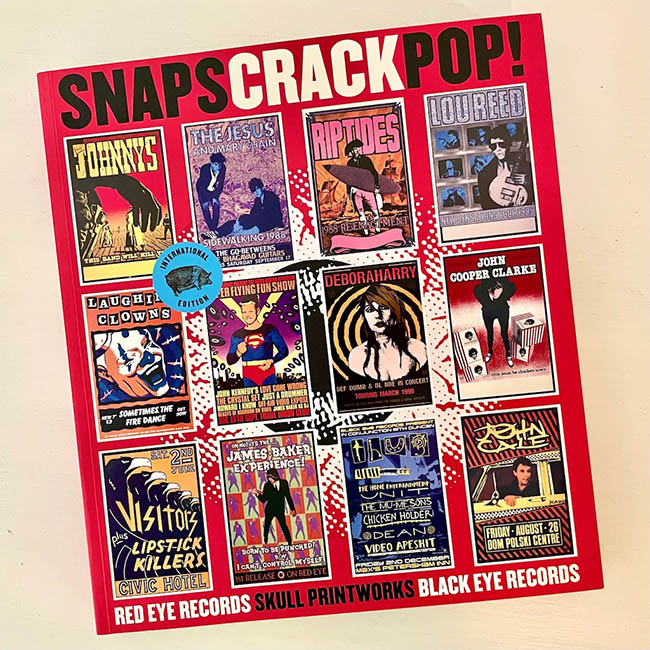 “Back then, I didn’t know anything about doing forecasts and doing profit and loss statements, weighing up your costs versus your likely outcomes,” Foy laughs. “But I don’t think I’d change anything because if you don’t dance on the edge, you don’t get the experience.

“If you’re going to run things conservatively, it’s not as interesting. And some of the edgier stuff that emerges from taking chances, longer term is more culturally interesting.”

It was a far cry from Foy’s initiation over a decade earlier into the independent periphery of the music business as an employee in Mark Taylor’s “White Light Records” store in Sydney. In the days of tightly controlled supply lines, “White Light Records” established a handy record import business, which included access to various bootlegs of major international acts like The Rolling Stones, Led Zeppelin and Bob Dylan that could found overseas.

Eventually, however, the bootleg business earned the ire of the local arm of Dylan’s publishing company. Despite the absence of clear-cut laws about the legality of bootlegs (“bootlegs are different to pirates and people don’t understand that. Pirates are identical copies of what’s already out there but bootlegs are the guilty pleasure when you find something that’s not available”), the delivery of a NSW Supreme Court effectively brought "Phantom"'s bootleg distribution business to a halt. 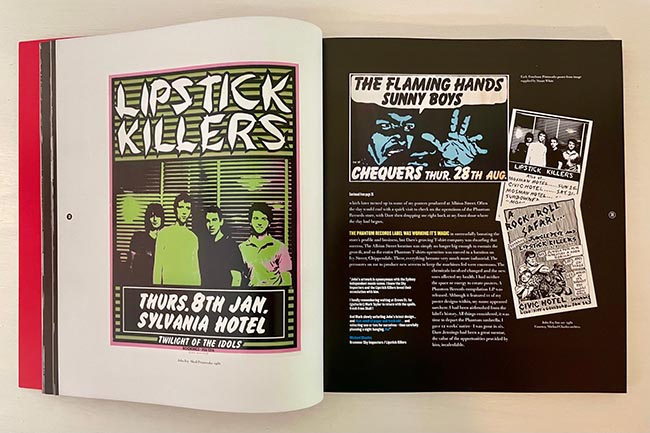 But Foy and "White Light" owner (and Lipstick Killers guitarist) Mark Taylor were already moving on from bootlegs, having been excited by American bands like The Ramones and “the latest 7” coming out of London with the loose title ‘punk’.”

(The "White Light" exodus from the bootleg business inadvertently coincided with the emergence of one of the most notorious Australian bootlegs of the era, the Radio Birdman live album “Eureka Birdman”, recorded at the Eureka Hotel in Geelong in 1977 [the US version was titled "Where the Action Is"]. At the time Foy was living in a sharehouse in Woolloomooloo which members of Radio Birdman would visit on regularly occasions. “I distinctly remember when the reality of that bootleg’s existence hit, both Deniz Tek and Rob Younger passed through our house within a couple of days and everyone was very dark about it, particularly Rob,” Foy recalls. “Very few copies surfaced in Sydney because of the fear of Rob Younger coming around and breaking it in half! Because Radio Birdman was so careful in managing what they did, and their own quality levels, I think they were just annoyed that something was out of their hands. We all had touchstones with bootlegs but it’s kind of weird when people do the same thing back to you!” Foy laughs.) 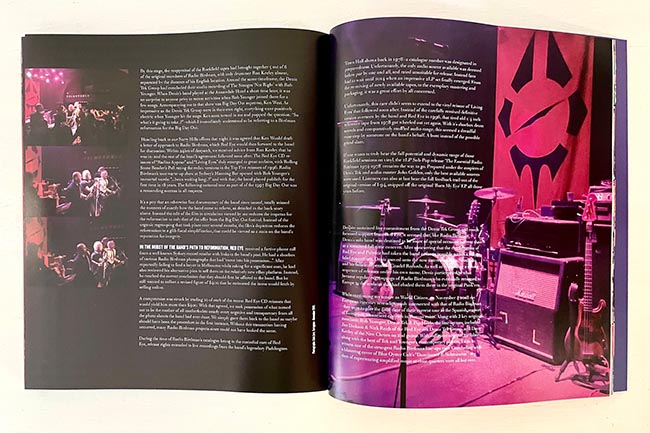 “White Light Records“ would subsequently morph, via Dare Jennings’ purchase of the business, into “Phantom Records”, with Foy holding a minority interest. Foy had also established his own fledgling poster design practice and by the early 1980s was designing posters for local Sydney bands like The Lipstick Killers, The Flaming Hands, The Visitors and The Riptides, eventually moving into tour posters for The Jesus and Mary Chain, Lou Reed, John Cooper Clarke and Deborah Harry.

Foy’s reputation as a graphic designer was such that he was commissioned by INXS manager Chris Murphy to design posters for INXS, at the time enjoying a rapid increase in national and international popularity. Foy was flattered by the interest in his design skills but never saw it as a permanent career shift.

“I could see on one hand that I was being invited into INXS’s tent, and I might have a lot of regular income and work so long as I was delivering what they were satisfied with, but I didn’t want to be owned by any one entity. I could see where opportunity was knocking but I ran in the opposite direction,” Foy says.

The end of Foy’s notional association with INXS came when Murphy asked to him to design a poster for an INXS show at the Sydney Trade Union Club. Before heading off to the US to organise an INXS tour, Murphy told Foy the gig would be titled “The Final Strike”. But Foy chose to pursue his own creative path, devising a poster “featuring phallic bowling pins with a giant bowling ball knocking them over”. Murphy returned to Australia to find Foy’s posters dotted around Sydney. “I never heard from him again!” Foy laughs.

Foy’s distinctive graphics would become intertwined with Red Eye records, which he established in 1985 ostensibly as a vehicle for the release of James Baker’s debut post-Hoodoo Gurus single, “Born to be Punched” b/w “I Can’t Control Myself”. The nexus between visual and sonic was fundamental to the Red Eye – and Foy – brand.

“It was important to capture the aesthetics of the music inside the package. Always,” Foy says. “I did a lot of satisfying posters for The Riptides. The Riptides didn’t have a particular identity, except fun. They were always fun. You went to a Riptides gig and it was always fun, high energy. So I had a blank page with The Riptides, I could do anything with them, whatever was on TV that week, whatever.”

As the Red Eye roster expanded to include bands like Beasts of Bourbon, The Crystal Set, John Kennedy’s Love Gone Wrong and The Cruel Sea, Foy was conscious of “creating a package that suited the content [of the record].” And it wasn’t just the immediate visual aesthetic that made Red Eye releases so memorable. “We were always exploring high quality finishes, making limited edition aspects, things major record companies wouldn’t be bothered with because they were too expensive. Plastic maps stuck on John Kennedy records, glow in the dark prints on Beasts of Bourbon records. Whatever we thought of, we would do it. Damn the expense!” 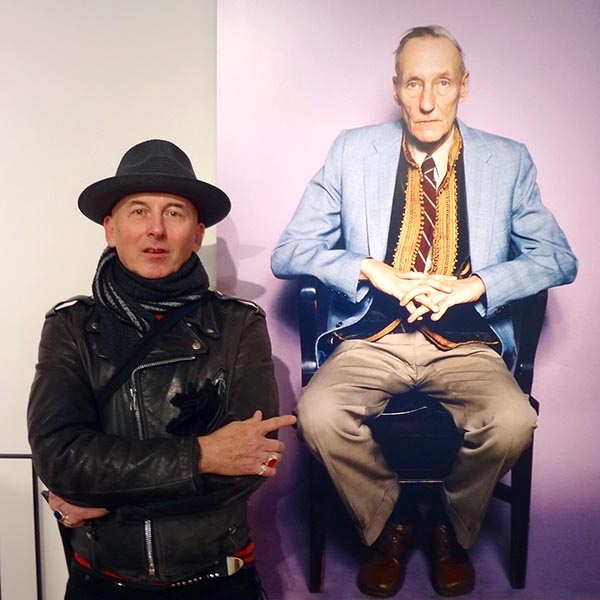 Damn the expense indeed, but by the time the 1990s rolled around, Foy was in serious debt. In addition to Red Eye, there was the Black Eye sister label, which showcased some of the “colour and noise” outfits featuring Peter Read, Stu Spasm, Lachlan McLeod and Tex Perkins. Black Eye was, almost by definition, never going to be a money spinner. But it remains the adventure that Foy remains most proud of.

“No-one else would have done that, no-one else would have processed what was going on and done something with it,” he says. Some of that music doesn’t make sense now but we put a big slab of that activity in the "Snaps, Crack, Pop!" book because a lot of people were unaware that it was even happening. Visually it’s a treat. There’s some great photos and photos from that period and people can find the music on the Internet somewhere if they’re curious.”

When Polydor came knocking at the beginning of the 1990s, Red Eye – and Foy personally, as the debts owed were in his name, not Red Eye’s – was thrown a lifeline. In Polydor managing director Paul Dickson, Foy found someone who was invested in the Red Eye roster more than usual.

“[The deal with Polydor] was a rescue package and I’m grateful to this day for Paul Dickson taking the chance, quite frankly, even though our working relationship was often quite adversarial because we were coming from opposite ends of the pond,” Foy says. “But Paul Dickson was an Australian MD with a vested interest in Australian culture and you can really see the difference with these multinationals when they don’t have local people running the company, if it’s being run by an English person or New Zealand person or whatever, if they weren’t part of the growth of it, they don’t care for it.”

Foy would eventually step back from the music industry, honouring a pledge he’d made to himself to be out of the industry by the time he was 40. Foy turned his sights overseas, becoming what he describes as a “world citizen” and developing a strong cultural and personal bond with Cuba, a country Foy has since visited on 18 occasions.

When it came to documenting his time in the music industry for "Snaps Crack Pop!", Foy adopted the same passionate but financially dissonant attitude he’d indulged in previous decades.

“I still take chances and risks. Just putting this book out, I threw all this money at it to do it just like I wanted to, and lost something like $16,000 on the sold out first edition of the book,” Foy says. 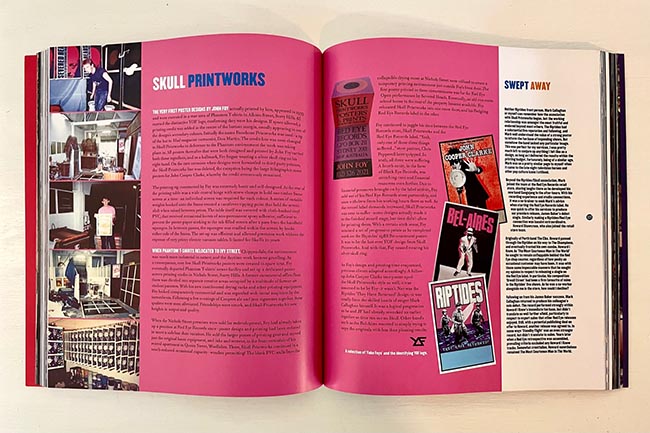 Fortunately for Foy, a “benefactor of sorts” emerged to help fund the second release of the book, allowing Foy to correct a few minor factual errors in the first edition (“I confused Jim Dickson’s first band, The Survivors with The Leftovers, there were a couple of very obvious errors like that which were quickly picked up by people, for which I’m grateful”).

"Snaps Crack Pop!" is a magnificent book, documenting a vibrant period of Australian cultural history from someone who, quite literally, illustrated the era’s subcultural idiosyncrasies. But for Foy, the book is not just about looking back at what’s happened – it’s about inspiring what might happen in the future.

“Apart from protecting the copyright of the contents of the book, I wanted to show, and possibly inspired younger people out there that there are these possibilities you can pursue. I don’t think enough people are taking enough chances.

“There’s a lot of conservatism out there. People say these opportunities don’t exist anymore, but of course they do. Opportunities are always there, you just have to identify them. So I hope the book can be an inspiration.”

The last few years have seen a resurgence of interest in the sights and sounds of the 1990s, exemplified by the “Sound as Ever” Facebook group and reunion shows by various ‘90s bands, including Red Eye alumni The Clouds and Falling Joys. But while Foy is proud of his various pursuits in that era, he’s not nostalgic. 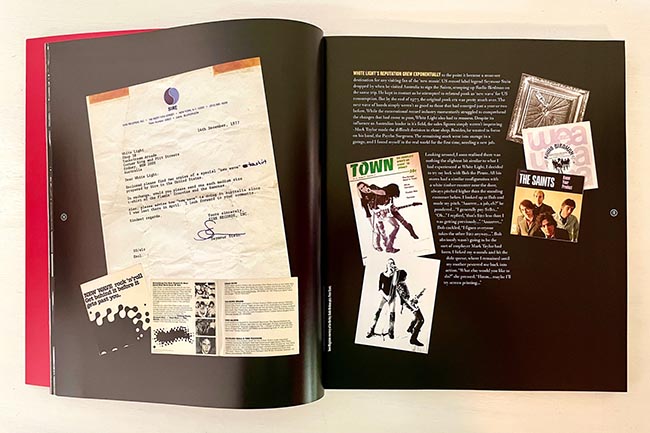 “I live in the now and in the future. I have future plans. I’ve been doing a lot of travelling, before Covid. I still retain a great curiosity for things,” Foy says.

“I’ve largely broken away from Australian culture in general because I’ve lived a lot of it already. I don’t like being on repeat, I don’t like going back.

“This is one of the last interviews I’ll do. So that’s an example of that. I’m not here to talk about myself for the rest of my life. Some people are happy doing that, but I’m not!”