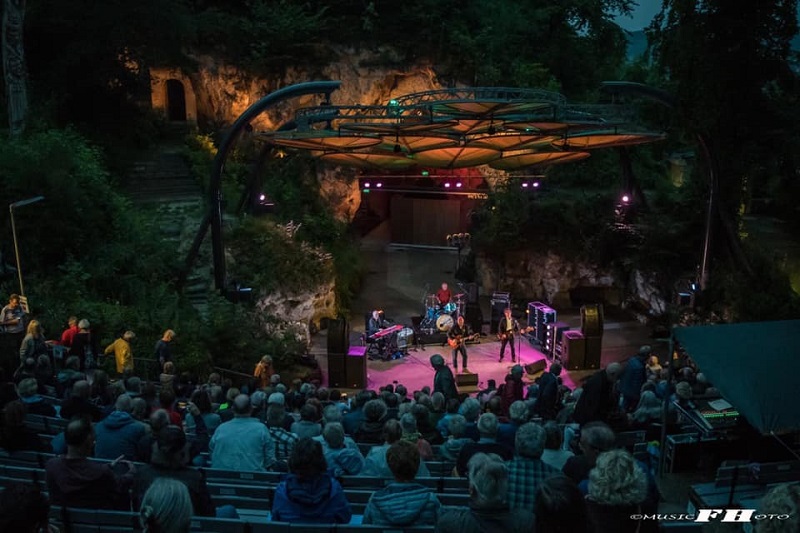 \
John Steel: How are you Robert, what's the weather like there?

I-94 Bar: It's fine, but I'm not looking forward to Wednesday. 42 degrees Celsius.

John Steel: (laughter) I'm looking at the frost on my lawn ... it's about minus 5 degrees I think...

I-94 Bar: The Animals seem to be touring pretty constantly these days. Looking at your tour dates here, 12 gigs in 18 days, I feel exhausted ... How on earth do you stand the pace?

John Steel: Well, playing just keeps me going. I think if I just stopped I'd keel over! We're still playing songs we loved when we started, and we're having a good time doing it, always gets the audience going, we keep getting standing ovations so we must be doing something right ...

I-94 Bar: I'm over 20 years younger than you, and I am frequently told to act my age. That happen to you?

John Steel: People refer to my 'Peter Pan' genes! It must be something I've inherited. I mean I look at my age and I can't believe it, nah, I can't be 79 next February...

I-94 Bar: You were music fans when you started. What was your initial reaction to bands like The Beatles when the boom began?

John Steel: Well, we all became mates, you know. I mean, we're all best mates, we were playing what we were playing, heavily influenced by black American rhythm'n'blues, and it turned out that this was going on all over the country, it was weird when we suddenly realised...

People of our age, and our background, were listening to the same kind of influences, but until the Beatles knocked the door down it wasn't as unified, and then everyone began looking around for the next Beatles; you know, the promoters and the record companies.

When we were playing the Club Au GoGo in Newcastle in 1963 we went to see Bo Diddley and the Everly Brothers. So we all trooped in and sat in a row, and this British band came on, The Rolling Stones, and they had a single, and we were amazed. We realised were'nt alone ... they came to our show after, Brian Jones was dancing to us...

I-94 Bar: Did you know you were part of a broader movement?

John Steel: Not at first, but it dawned on us, yeah. We were the first youth generation coming out of that post-war austerity, we had money in our pockets, and we were starting to look out for different things. We were a different generation from the ones before us. The spearhead was the live music scene.

I-94 Bar: Do you remember the book "Generation X"?

John Steel: Yeah, I remember I did read it, the stories about the Mods ... That's an instance of how isolated things were at the time. You see, when we first played in London in late 1963 (we were on exchange with The Yardbirds) we were booked at the Scene club, right by the Windmill Theatre (it used to be a jazz club). When we went to get set up, the yard outside was full of these amazing customised scooters - fox tails on the antennas, and all these mirrors.  We thought we were
gonna get murdered!

But they loved us! Mods had this distinctive way of dancing, very stylish ... but at the time Mods were a distinctly West End London thing, so that's why we didn't know what Mods were until that night. It wasn't until a year or so later Mods became more notorious, with the fights with the rockers along the coast, all that gang stuff. But the Scene club became our London base, our home; we'd been adopted! Guy Stephens was the DJ there, he was important, he was playing all this Tamla Motown ... and it, and the style of dancing, began to catch on in the North. 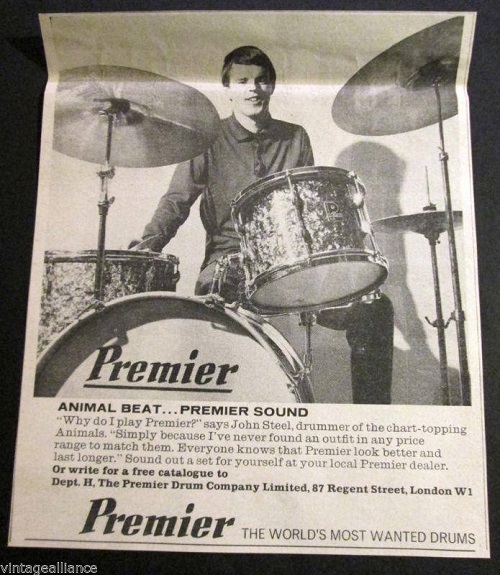 I-94 Bar: What were your favourite bands at the time?

John Steel: Well, our big favourite was Ray Charles, he was always extra special for us. Fats Domino, Chuck Berry, Eddy Cochrane... and then we kind of started to explore things a bit more, getting into John Lee Hooker, Muddy Waters, people who were well out of the mainstream. Eric was forever ferreting out obscure things like that, too. I mean, before we'd left for London we had the honour to support John Lee Hooker at the Club Au GoGo in Newcastle ... we supported Sonny Boy Williamson too... these were our heroes.

Then there was that first tour we did in 1964, where we played theatres, not small clubs. We were supporting Chuck Berry on his first UK tour, with Carl Perkins. We played two shows a day, and they were all packed out; that was the tour where we recorded “House of the Rising Sun", too.

I-94 Bar: Do you ever see Alan Price these days?

John Steel: Not for a few years now, I'm afraid. We did a blues festival in Lancashire about three years ago, but these days Alan rarely goes out of London. He has a regular gig at the Bulls Head in
Barnes, last Thursday of every month I think.

I-94 Bar: Are there any bands from that period which fell undeservedly through the cracks?

John Steel: When we first arrived London we played the Flamingo Club in Wardour Street, and there were three bands who we loved. Georgie Fame and the Blue Flames, Chris Farlowe and the Thunderbirds, and Zoot Money.

George Money, he never really got the recognition he deserved, really, and didn't get any further - he was very entertaining, though, he'd punish half a bottle of brandy every night, and while some of us would be on the floor, he knew his limit. Us Animals hung out a lot with those guys, they were all terrific.

I-94 Bar: I know, some musicians have a magic touch with the alcohol, while most of us know we couldn't get away with that onstage.

John Steel: Yes, they think they can party and party for years and it'll still all work out... Most of us in my generation have realised you can't do that.  You're supposed to be entertaining and can't just
come out and fool around. You to be consistent, perform to a level that people want to see, otherwise they won't come to see you! 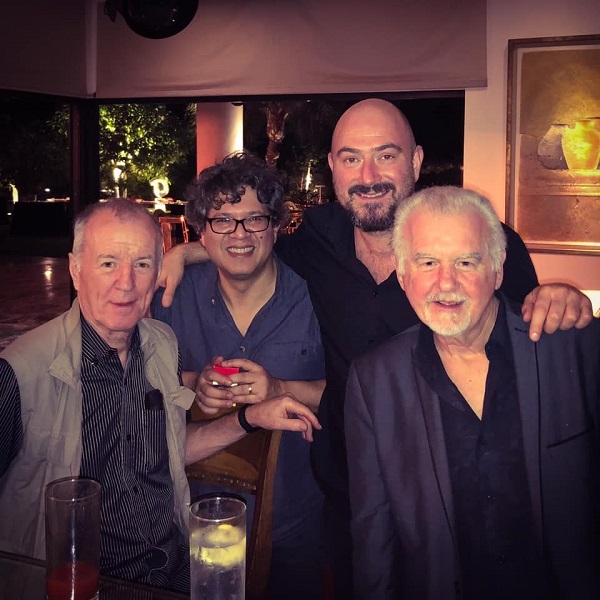