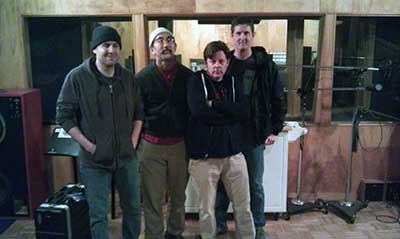 We reckon they have a bit of Suicide about them (the band, not the act) but you can judge for yourself when you cop a listen of "For Mick Farren" via Bandcamp below. It was recorded in Fort Worth, Texas (where the West begins) in December 2013 and has just made it to release this week. A host of other (non-Mick Farren) compositions are waiitng in the wings, pending mastering.