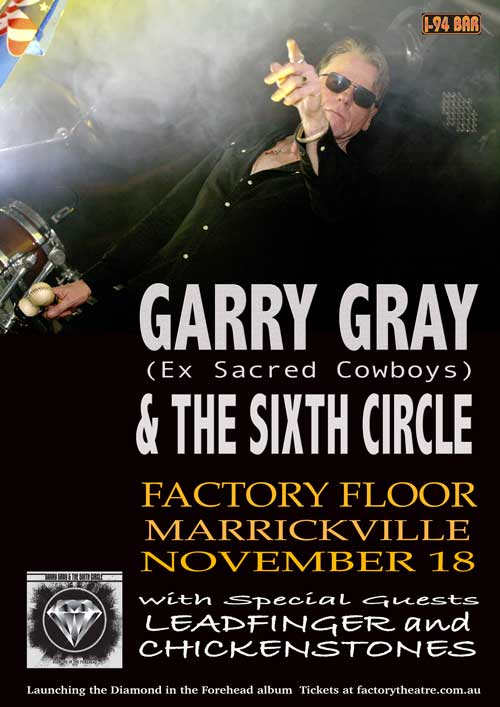 Gray last convened the band 10 years ago before returning to Europe where he had been living,

He’s back with a new band and a new album, “Diamond In The Forehead”, on Off The Hip Records and this will be his first trip to Sydney to play in 10 years.

Backed by all all-star band in expat German Tex Napalm (guitar), Chris Taranto (guitar), Angela Howard (bass) and Graheme Ward (drums), Gray remains one of the most engaging and magnetic frontmen in rock.

Tickets for the gig will go on sale on the Factory Floor website next week.