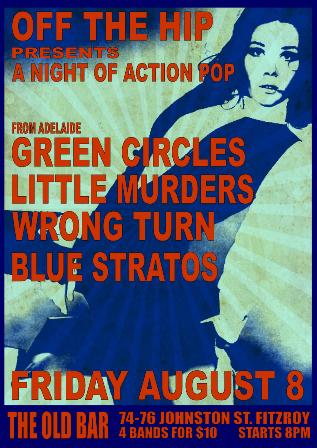 Green Circles? It's garage. It's psych. It's beat. It's four men, a guitar, a bass, drums and some vocals.

Early 2006 saw the release of the album Black Vinyl Heart a UK compilation of 17 songs from the first two Australian albums, plus an extra track, released by Biff Bang Pow. The band has also been on many comps released around the globe. They've often travelled the well-worn rock and roll path to Melbourne and can't wait to get back.