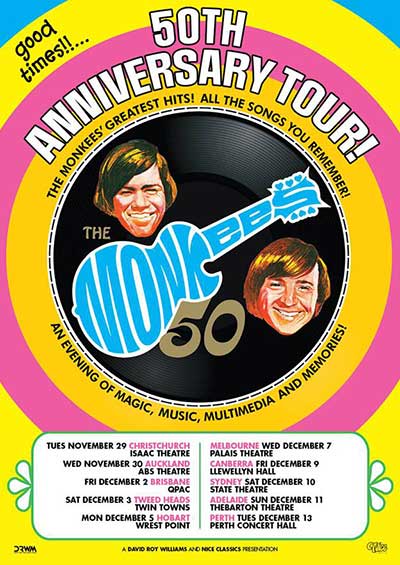 In the wake of Jones’s death on February 29, 2012, the surviving members reunited and performed a series of concerts. The shows were greeted with sell-out response and phenomenal reviews.

Now, Micky Dolenz and Peter Tork carry on that tradition with a new album and a tour.