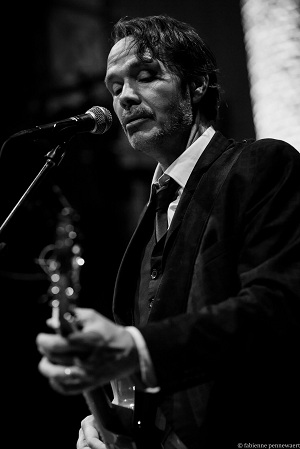 You can judge for yourself by watching the title track video which features Hugo Race and Alannah Hill in the dreamy landscapes of Tasmania.

Race was was a member of Nick Cave and the Bad Seeds and Melbourne band The Wreckery. He spent the 1990s and much of the '00s working as a musician and producer in Europe, returnign to live in Australia in 2011. His career includes more than a dozen albums with his Eropean-based band, Hugo Race and The True Spirit.

The upcoming tour will take Race's solo show, honed in the clubs of Europe, to select venues below.