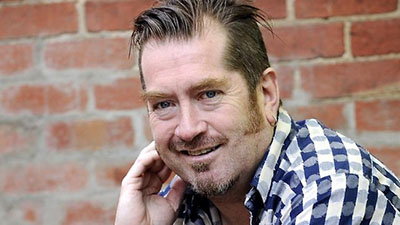 Thomas recorded it, adding enough bars of guitar for another verse and chorus to be dropped in. He then sent it to his old mate Angie Hart, of Frente, who sent it back with a verse of her own and another chorus. Mick then sent it to another old mate, Nick Barker, who did the same.

And so it went – on to Vikki Thorn of The Waifs in WA, Melbourne-based singer-songwriters Darren Hanlon and Shelley Short who were isolating in Moama, alt-country up-and-comer Alana Jagt in South Australia, regular Roving Commission member and front person of her own band The Mean Reds, Brooke Russell, now-Geelong based hardcore troubadour Van Walker, Died Pretty frontman Ron Peno, The Hummingbirds’ Alannah Russack up in Sydney, and Ben Salter down in Tasmania.

“See you when I’m looking at you” is a typically wry Aussie line that speaks of the resilience and humour with which Mick and these other artists – and many of us – currently have to look at the world. It’s a line that is sung many times throughout the song...becoming a message of hope, dreams, delicious anticipation and, indeed, joy.

“See You When I’m Looking at You” will feature on an upcoming Mick Thomas and the Roving Commission album. Before then, all proceeds from the song will go to the Asylum Seekers Resource Centre in Footscray. Hear and download it here.