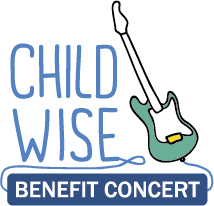 They’ll be backed by a horns-driven backing band, The Juggernauts of Love, comprising some of Melbourne's best musicians.

“This is an opportunity for people to be part of a great night out, as well as make a huge difference to the lives of many children” said Steve Lucas.

Lucas is an ambassador for the Child Wise charity and says his involvement springs from a couple of sources.

“I know first-hand what it's  like to be abused. I've seen the grooming process, but I've never been one to settle for being a victim. I don't want to bang on with statistics or horror stories though.

“In the grand scheme of things I'm no one special…I've been lucky in having survived close to 40 years in the music industry, I've met some great people but in a commercial sense, (I have) no gold records, no record deals... I am something as a non-achiever on that level but it doesn't lessen my passion or belief in the power of music.

“Childwise does good work. They are about prevention, education and sustainable help. They fight the good fight against daunting odds and they need money.

“So I figure I’ll put on a show. Ask friends to lend a hand to create a fun event. No brow beating, no lectures, just a really great evening out full of good music and great people. The money raised is almost a side issue.

“It goes towards making people feel good about themselves knowing they can have a good time and still make a huge difference on a social and communal level - plus I get to play with some of the best names in town!”

Tickets can be purchased from The Thornbury Theatre website.