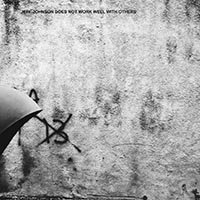 “Warm Wine” Is abrupt and as searing as a ray of sunshine the morning after a huge night. Johnson’s vocal is buried under his own raw guitars - claustrophobically so. Johnson’s guitar parts spark off each other on “Preface” which hurtles forward relentlessly before banging on the brakes.

Of course you can score a copy on clear vinyl or as a download on Bandcamp. Shoulda been an album, I tell ya....