demolition doll rods - The I-94 Bar 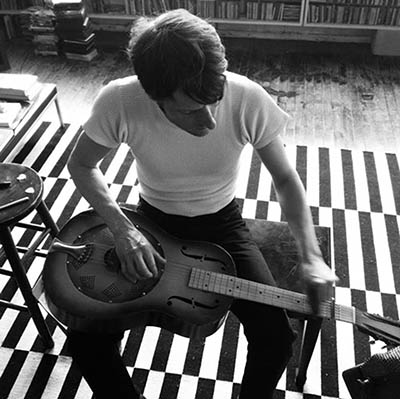 Danny Kroha is best known as one-third of seminal Detroit garage punk band, The Gories, which he formed with fellow Detroit residents Mick Collins and Peggy O’Neill in the mid- 1980s. When The Gories’ rudimentary internal infrastructure eroded in the early ‘90s, Kroha moved on to a series of projects, most notably the more theatrically-bent Demolition Doll Rods.

In 2015, Kroha took a step sideways and back in time with his first solo record, “Angels Watch Over Me”, a collection of predominantly covers of old blues, folk and gospel recordings, laid down using an eclectic collection of DIY instruments. Initially reluctant to put the album out, Kroha has returned to the well for a follow-up, “Detroit Blues”, again mining the rich history of the American folk, blues and gospel songbook. Kroha joined PATRICK EMERY at the Bar from his hometown of Detroit to talk about the album.

You’ve spent your entire life in Detroit. What is about Detroit that keeps you there?

[Laughs] Once I saw this fortune teller and she was reading runes and Tarot cards and she said ‘Why do you still live in Detroit?’ She could tell I was doing something with music, maybe I might have mentioned it. She said ‘I’m seeing something in my cards, a place where you should move, that would be better for you and your musical career’.

I don’t know man, it’s just my home, for better or for worse. It’s an interesting place. Really hip places, like New York City, Portland, San Francisco, Los Angeles, are great to visit, but I don’t want to live in any of those places. I don’t like generally being a place that’s lousy with hipsters. I kind of like being the only one on the block!