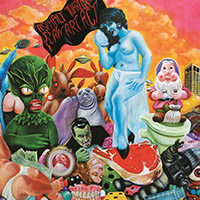 Let’s not beat around the bush: This is a cracker of a record and the best garage rock album to land in these parts so far in 2017.

“Rosalita!” (the album) leaps out of the speakers from the get-go with the surging crash-bang-wallop of “Seven Inch Record” and doesn’t let up for 11 more songs. “Rosalie!” (the song) might be an obvious crib of Ricky Nelson’s/The Allusions’ “Gypsy Woman” but who cares? When it’s good as this, stealing’s not a crime - except if you’re Led Zeppelin.