A bat symbol in the Melbourne night 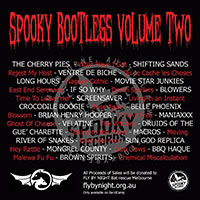 Bats get a bad rap. They’re part of nature and humans – some of the stupider members of the human race, at least – feel an idiotic desire to tame nature. Nature will always win; unlike humans, nature plays the long game.

There’s a local politician whose electorate covers the poor, marginalised and disenfranchised inner-eastern Melbourne suburbs where the local population can barely rub two four-wheel drives, a private school education and an annual ski trip together. He doesn’t like bats, probably since he had an involuntary bowel movement after reading “Dracula” at school.

He wants the bats out of the trees in Kew. Dirty, filthy, disease-ridden pests, he reckons. Plus, they might have conspired to unleash COVID on the world, working in cahoots with devious foreign governments, copies of Mao’s “Little Red Book” stashed under their wings…