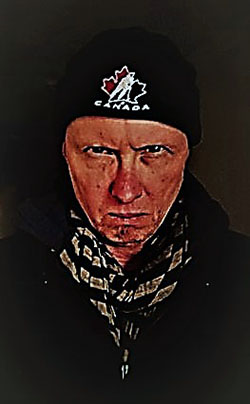 2. This year for the first time ever, all four of my kids were in the same place at the same time! Now, THAT was GREAT!

3. Another more betterer than better thing was my hit n’ run swing through Oz, something that would have been impossible without the heroic musical assistance of Tony Bambach and Stu Wilson and ever-generous provocation of The Barman and Rossy!

A wonderful experience and a very fine band indeed!

We have cunning plans!

4. Speaking of fantasy and delusion, this year’s Lead Singer Syndrome Award goes to Australia’s most tasteless attention seeking missile...an ill-tempered individual who had the cojones to announce the “reformation” of a band that was “bigger than any one member”, and which proceeded to unleash its musical impotence on a largely apathetic population.

Completely oblivious to the notion that without the presence (and the songs) of the band’s founder, writer, and guitarist of nearly 40 years he was leading an uninspiring covers band (he seems to be following a trend), he funnelled their cholesterol-affected energies down that particular shit-chute with a clueless enthusiasm that (in my view) insults the band’s legacy.

We’re all looking forward to the release (sorry, digital download) of gormless cover versions by this line-up.

5. Sadness prevailed in the Viveiro Wave Riders camp with the departure of bass player Luis Rivera.

A consummate professional and good hearted goombah, his contributions in the studio and on stage were inestimable, particularly in view of the fact that he is one of Spain’s elite classical guitar players! And, he could hit those testicle tearing high harmonies, no problemo!

6. It’s tough being a guitar player of a certain vintage. I still LOVE guitars and love listening to the guys I like play guitars, but I more often than not find myself teetering in an annoying territory between yearning to be impressed and jealous disdain.

The current melange of guitar karaoke is densely populated with “child prodigies” or players with no discernible musical personality of their own. All of them seem to play "Voodoo Child". There’s even a chick who seems to have made a career of it.

Out of this gumbo I’ve finally found someone I don’t hate.

Philip Sayce does all that requisite Hendrix rubbish with a unique energy and ardour that raises even my jaded interest. He’s fucking good. I’m gonna listen to him a bit more next year.

7. This year has been characterised by a general bad craziness across the board.

As the year shudders to an ignominious close, “the world’s greatest country” slides (taking the rest of us with it, as usual) inexorably down the slippery-dip into...who knows what? Every day just gets weirder and more unpredictably surreal, in a bad way.

And of course, Australia does it level best to compete with that abject stupidity and then goes and ups the ante with ass-biscuit level political corruption and the kind of human rights abuses that Josef Mengele would envy.

You know what I’m talking about there.

Throughout the world, intolerance and violence simmer.

Thankfully, to keep us informed the media has morphed into a dumb-as-fishsticks talk show with scintillating celebrity commentary while left wing SJW’s duke it out with right wing Neo (we’re not) Nazis with nothing much in between.

And, if you want to turn on the boob tube for some solace you’re gonna be hit by movies/series/documentaries that celebrate the truly venal in humanity.

With endings where the good guys lose.

OK, that’s a simplistic overview, but I’m a dad and have to account to my kids and somehow protect them from the shit tsunami that I’m not unconvinced is about to hit.

I don’t think that there is much one can do to affect the tidal pull of such a catastrophe, but I’ve always maintained that we can do a tremendous amount to offset the damage by leading by example.

I hope that I’ve been a good example to some of you. To others, I hope I’m the burr under your lice-ridden saddle!

Rest assured, I’m gonna keep playing my guts out and bailing like crazy while the water rises!

To all, I hope you find the peace and love it takes, even if it’s a small crumb in some dark corner, to let you sleep at night!