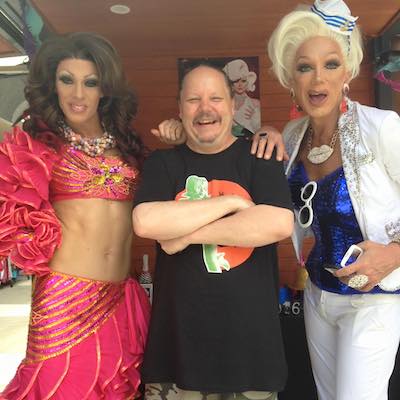 Amyl & The Sniffers
I am so happy to see young bands bringing back the rock. This band, which has quite a nod to Lobby Loyde and The Coloured Balls’ legacy for mine, is fronted by Amy Taylor, “one of hardest rocking people on the face of the planet.” The raw rocking nature of this band makes them a force of nature.

The Chats
Like Amyl & The Sniffers, The Chats are young, rocking and making a name for themselves at the moment. I love that the Sunshine Coast has delivered a rock act that can write a song like “Identity Theft”. Kind of like the surf coast sons of the Cosmic Psychos, they appeal to the garage rock fans under 20.

Rose Tattoo and The Hard-Ons - Metro Theatre
I’d been a long time Tatts fan and struggled with Angry’s later incarnations of the band and the passing of slide master Pete Wells. I was in two minds about this gig as I hadn’t seen the Hard-Ons since a controversial support to the Psychotic Turnbuckles at Selinas in the mid 1980s. I was surprised by how much heavier the Punchbowl punks were since I last saw them, with Kesh out the front channelling Perry Farrell (in a good way) and they warmed the room nicely. The Tatts are back. Make no mistake. Angry and long term slide sideman Dai Pritchard recruited legendary bass player Mark Evans and guitar gun Bob Spencer and their current monster drummer Jackie Barnes. They ripped through the first few albums and showed there is life in the old dog yet. My highlight, and it could almost be the moment of the year, was standing with Barman both of us singing along to Assault and Battery… “There’s a law for the rich, a law for the poor, and I’m just a working man.” 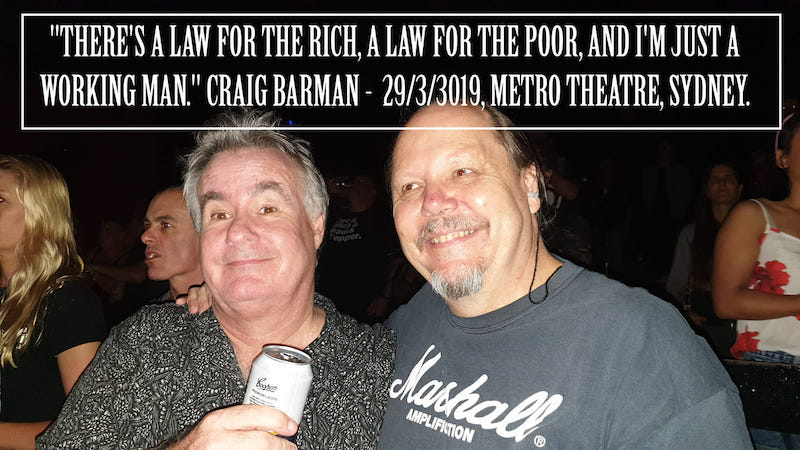 The Johnnys with Chad Morgan
The Johnnys have been drinkin’, lovin’ and laughin’ in their renaissance period. Billy, Hoody and the dangerously under-rated Slim Doherty hit their straps in a riotous Marrickville Bowlo gig. This time, they brought with them the legendary Chad Morgan who laid them in the aisles. From the moment he hit the stage and asked for the house lights to be brought up, he took us on a journey the way only a true entertainer could. He cracked “blue” jokes, told tales, sang songs and had us in the palm of his hand. When he finished the set with an autobiographical song there wasn’t a dry eye in the house. It was an absolute honour and privilege to be there.

Poly Filler & The Plastic Bags
A one off Xmas show by a bunch of battle hardened vets supplemented by singer Wiz Traill and ex- X-Ray Specs sax player Rudi Thompson was the surprise of the year. Bass player and MD Steve Lorkin dragged Bob Short and Phil Jacquet into a fun night celebrating the first album of Rudi’s old band. They played great, put a smile on every one’s dial and finished off 2019 in stellar fashion.

Young Rockers
I’ve spent a lot of time this year working with younger performers, some as young as 13 or 14 and I am convinced that rock isn’t dead. There seems to be a resurgence of the grunge or punk movement and I for one welcome our new teen rock overlords. I think the obituaries written for rock and roll are a bit premature. I am genuinely looking forward to what happens next.

Peter Ross is a Sydney-based Celebrity Roadie who plays bass for Jupiter 5.