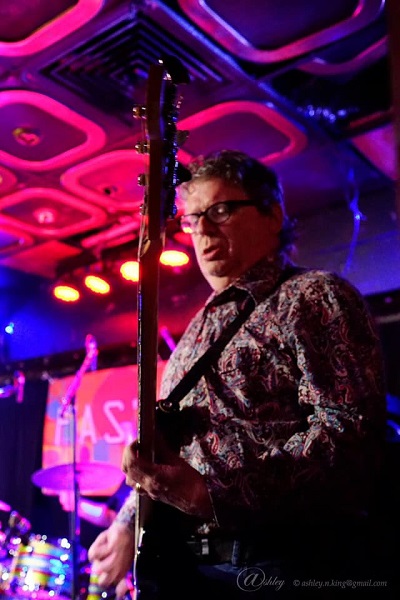 Masami’s New Rock Syndicate – Marrickville Bowling Club, Sydney
Other than seeing him play as part of Penny Ikinger’s band a few years back, I was unfamiliar with Masami’s work. Wow. The first number was like a history of rock guitar, everything from surf twang n treble through chord crunch and psych to new noise. The rest of the set did not disappoint and having Dave Gray on bass to weave his fuzz magic was the perfect melodic combination. The surprise delight of the year.

Sedition- The Professors/Shy Impostors/Flaming Hands/The Aints – Paddington RSL
A great musical night featuring bands that originated in those far off 1970s, an era that was at the forefront of the Sedition festival. Again, it was one of those nights where each band went to a level above that of the one that played before them.

Sue Telfer Tribute with X, New Christs, The Johnnys, Kim Salmon, The Cruel Sea (instrumental), Front End Loader, The Mis-Made, Penny Ikinger, The Holy Soul and The On and Ons– The Factory Theatre
A great night of music and memories dedicated to a very special and much loved person who did so much for so many. The saying ‘there was a lot of love in the room’ was never more apt.

Los Chicos – Marrickville Bowling Club, Sydney
The most fun you can have standing up! I do hope they return every year, as it is always party time from the minute they hit the stage.

Keith Claringbold is a Sydney live music stalwart who plays bass for The Smart Folk and The Amazing Woolloomooloosers. He is a former member of one of Sydney's first mod bands, Sets, and power poppers The Introverts.