Written by Robert Brokenmouth on 01 December 2018. 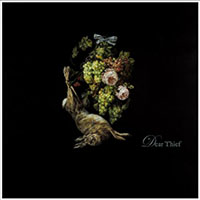 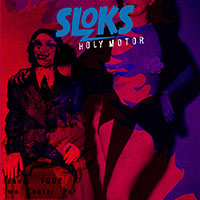 They're fully sick, not repetitive, and strive for a visceral expression.  Get out the wallet and open it here.

Sloks! No, me neither. At this point I must remark on Voodoo Rhythm's fold-out insert, which includes small images of 110 of the label's releases. That beggars belief.

The insert also includes the striking lyrics (if a man said some of these things, he'd be smacked for malevolence) written by someone who is either extremely fucked-up, or highly intelligent, or both. The implied brutality and internalised damage going on here... look, one way of approaching them is to tell you that the first line is: "Pick me up and turn me on", and the last line is "Oh no".

Another brutal three-piece, you think? Not quite. There's a lot more texture and whorl going on here. Reminds me of early Scientists (uhm, the post-Pink LP, when they were in Sydney), who were being booed by the same people who (it turned out a few weeks later) had loved them all along ...

When Reverend Beat-Man describes his first encounter with Sloks (first on the bill at a festival in Turin), he was awestruck by their all-over-the-place savagery and energy, and demanded they record for Voodoo Rhythm. Meanwhile, half the audience scarpered and the rest stood there transfixed.

"Holy Motor" is as essential, as far as I am concerned, as those Scientists records ever were, and those "Hee-Haw" era Boys Next Door records are. Get it here. 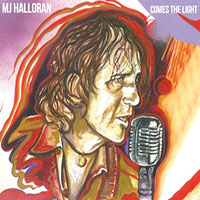 MJ Halloran is an expat Aussie who used to live in Noo Yawk, but is currently in Mexico. Hang on, Mexico?

"I came down here during an especially bad winter in NY to escape the interminable cold. Fell in love with the place. Very easy place to live, good people and great climate. Interesting cultures, especially the Indigenous Mayans. It all coincided with Trump being elected, so double bonus. I didn't live in Oz when Tony Abbot was PM too. Fortunate coincidence as well. Seeing the  current state of Australian politics further adds to attractiveness of Mexico. At least the politicians here don't pretend they're not corrupt."

"Come the Light" was recorded in Chicago by Steve Albini, and features that busy man, Steve Boyle (vibes, piano, violin and hammond) and the powerful Tim O'Shannassy (formerly Paradise Motel, but who also played on most of MJ’s recordings and tours; he also played in Brian Hooper’s band and on Midnight Scavengers' first record and toured with them last year. Recently, he's been playing drums in Penny Ikinger’s band as well as with Andrew McCubbin") on drums.

"Come the Light" is also lovingly dedicated to "our dear brother, Brian Henry Hooper". Among many other things, Boyle used to play in Hooper's band, and Halloran and Hooper go way back.

This is one powerful record, and it will take me a while to get my head round it properly. Halloran's voice is measured and huge by turns, as is the sound and the songs.

"Silhouette" will have you pinching yourself and wondering if this is an old Velvets out-take (Boyle and Halloran have nailed that guitar vs. screeching viol-thing very nastily). The songs build and flow, and the simplicity of the lyrics are sometimes quite deceptive.