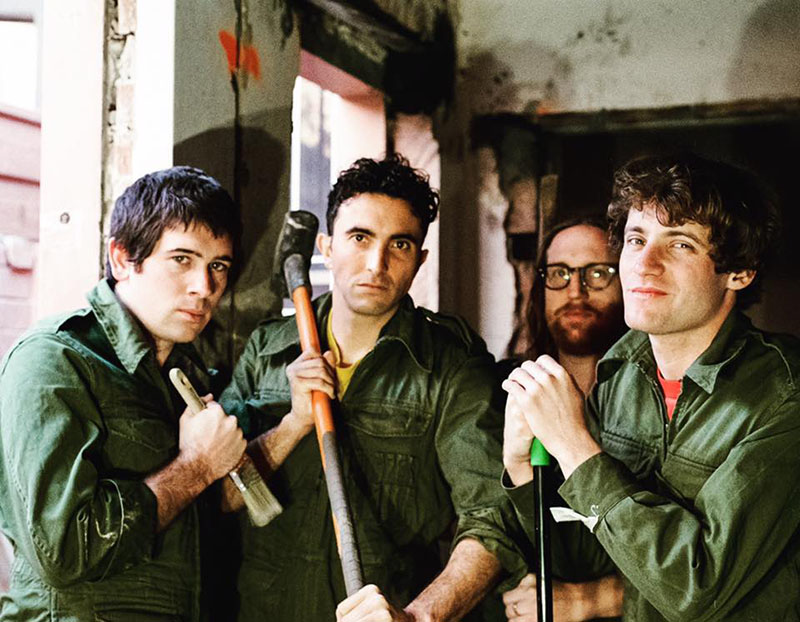 But apart from the '60s reference points, Bananagun weren’t like The Frowning Clouds. For a start, there’s a dancing percussion entourage: rudimentary tambourine, wooden block (or is it a plastic surrogate these days), maracas plus a djembe down the front.

Every song was a pastiche of everything good about acid rock. Licks that speared through your cerebral cortex, chord changes that fucked with your frontal lobe, enough psychedelic sonic events to turn on the dullest public servant on the planet. This was the best 60s psychedelic revival collage I’ve seen since, well, the last best psychedelic revival I’ve seen. It’s old, but new and spell-binding.

I can’t remember the last time I saw Straight Arrows play live. Maybe about five years ago, maybe even longer when they burst out of Sydney with a flurry of Eddy Current Suppression Ring-like garage rock energy. Back then they were a band that grabbed you by the short and curlies and pinned you up against the wall, bashing your ears with sonic images of Pacific North-West attitude, pill-popping Memphis teenagers and counter-cultural European garage rock aesthetic.

And the moment they kicked in to gear tonight, it was clear they’d lost nothing in those intervening years. Owen Penglis looks and behaves the same as he did then, he’s just a bit older. And so is the band. Red cordial infused garage pop excitement, spiked hooks sharp enough to provoke an occupational health and safety warning, bug-eyed harmonies. Oh, and a set of matching khaki boiler suits, part Devo, part Dexy’s Midnight Runners, all class.

Angie Bermuda isn’t there anymore, and that’s a damn shame, but these things happen to bands and besides, her solo stuff is killer anyway (and Circle Pit was always entertaining, if inherently volatile).

The set splits evenly across the band’s first and third albums, including the 90-second explosive opener "Headache", the new single "Buried Again", the spiked pop "21st century" from the latest album "On Top!", "Mind Control", "Something Happens", "Bad Temper" and "Something Happens" from the 2010 debut album "It’s Happening", plus "Petrified" from 2014’s "Rising". It’s all good, so fresh, so happening, so now, man, what’s your problem, are you a square?

They could have played another three, four, five, 10 songs and we would’ve been happy. But they didn’t, and we’re the lesser for it. The 1960s is dead. Long live the '60s.