Written by Robert Brokenmouth on 10 November 2014. 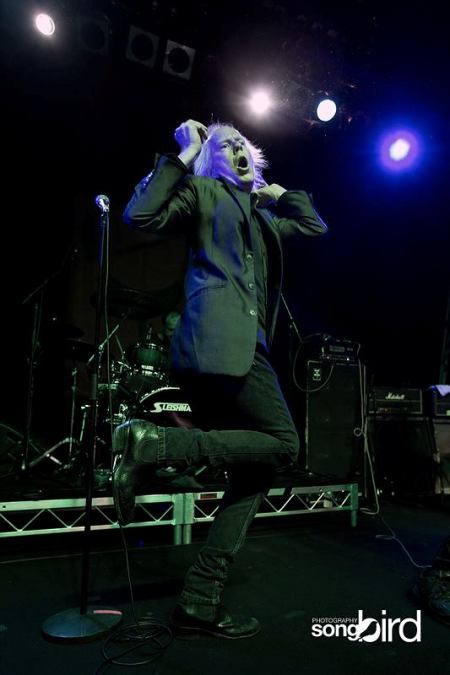 Ho to the Gov, where the food is great, the Coopers flows and Tuesday is legendary Ukelele night. I love the Gov. Great venue. And ho, back we go to the 1970s… hmm.
Does the spectacle always win in the end? Is the naming of the legend so important? You’d like to think not. You’d like to think that people wouldn’t be so fickle.
You’d be wrong, of course.
To paraphrase H.L. Mencken (I know you have all his books) ‘Nobody ever went broke underestimating the intelligence of the people.’
A while back I wrote about The (British) Beat on this very stage. They played very well, worked hard. But long gone was the feral desperation of the Beat’s first releases -  and they came across rather like a cabaret act. Good fun, certainly, but not essential, not inspiring. If you’d never heard of them before, and you were told afterwards how important the Beat had been at a time and a place … you probably wouldn’t have believed it.
Of course, the crowd thought this version of the Beat were wonderful. Because you can’t argue with a spectacle, and a band would have to be pretty dire to beat down expectation. The (British) Beat were fun. But you can’t go back. To a certain extent, they were kinda covering their own songs. The intention, the point, the urgency, the personality-driven chemistries had all faded.
So, first money shot tonight: were The Main Band any good?
Photos by Kyleigh Pitcher of Songbird Photography
The Gov, Adelaide, Sunday, November 9, 2014
with Bearded Clams and Pro-Tools 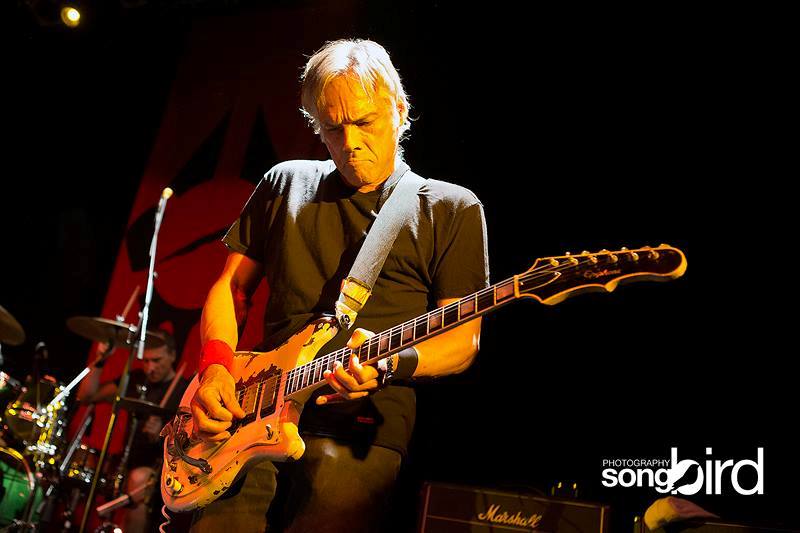 Encores:  Alien Skies-Dark Surrise/ What Gives?/New Race/ You're Gonna Miss Me
That last was the most rubbish version of "You’re Gonna Miss Me" I’ve ever heard. Bloody terrible. The crowd loved it.
Deja vu? You can’t go back. To a certain extent, they were kinda covering their own songs. The intention, the point, the urgency, the personality-driven chemistries have all faded, left or been excised.
So, last money shot. After all that, what would I give the main band (I really am sorry, but I cannot call it Radio Birdman), out of 100?
55. If that.
And the Secret Weapon?
‘With all the hype I’ve heard, I was very disappointed. What I kept thinking was, it was good that Masuak wasn’t there because the music wasn’t good enough for him to be there. I’ve seen Chris Masuak play on his own, with a three piece, was far superior, much better sound, and you could understand the songs. Here was a bunch of guys who might have been great at one time, but they, like the audience, were revelling in the past. I couldn’t see what part Chris could bring to the band, they played with their past into their present, rather than their present into the future. They can’t go anywhere else. The only thing I could hear was Tek’s guitar and the drums, everything else was muffled. Tek’s guitar looked sexy, but that was all I could hear. The lead singer I couldn’t hear at all, and his voice was weak, he didn’t have the energy. He looks ill, or worn-out from living. If this was what Birdman were like 30 years ago, they wouldn’t have the reputation they have now.’
In a distinct minority, then, a few of us left the pub wondering at many things; why the hell Birdman hadn’t either continued in 1978 (there’s a phrase crops up on the internet which probably explains it; The Van of Hate), or why the hell they hadn’t just let it go after Warwick left. The chemistry made the band. What I saw was a halfway good rock’n’roll band which really needed serious balance, no more and no less; either that or … how a record shop chap once described their 1977 gigs to me; ‘they were just a thrash band, mate’. I always thought there was more. Apparently they don’t want that.
Gents, I’m glad you’re happy. I really am.
But when Radio Birdman’s trademark song, New Race, speaks of ‘the kids are gonna punch you out’.
The ‘you’ is the boring old guard.
I can’t believe any kids were inspired by the main band tonight, an old guard. They used to promise so much.
How I wish the kids would punch us out.
We fancied a pint of Coopers Pale, but the kegs were all empty. We fancied a pie floater, but then we realised, it was probably empty as well.