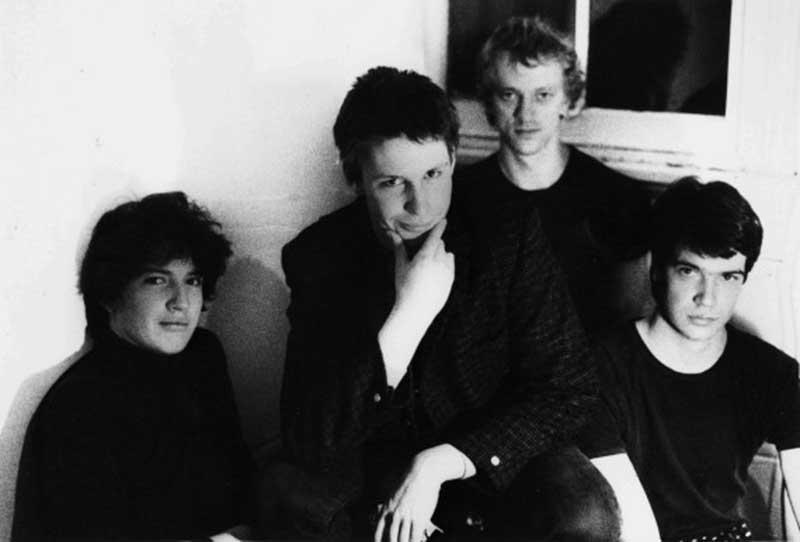 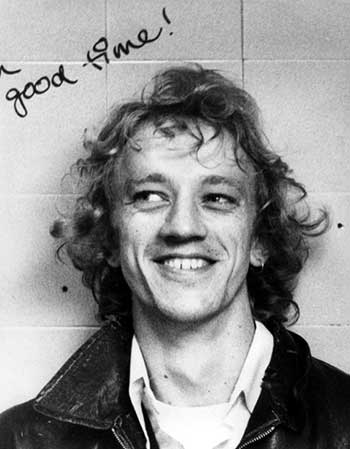 “I heard it (the mix) in the middle of last year, maybe a year ago,” says rhythm guitarist Richard Burgman, fresh from the third and final day of rehearsals for an Australian tour.

“We were trying to figure out what we were going to do next. I don’t know where the tapes were found but once we knew what we had, the idea of what we might do became pretty clear.

“The difference is the songs, as the rough mixes show, were well recorded and well presented. They were not badly put together, given where we were as young musicians. We were only new at making music back then but it does show what we could do.”

You need to hear the difference between the original “individuals”: and its 2015 descendent to understand the difference. It’s been issued by manager Tim Pittman’s Feel Presents label, along with its 1984 follow-up “Get Some Fun”.

The hard-edged pop-rock of its follow-up, the also re-issued “Get Some Fun” from 1984, doesn’t lose anything by comparison but it’s inevitably going to be overshadowed by its predecessor.

“Individuals” was recorded after two successful singles and incessant touring. In those days, Australian bands rarely flew between cities.

“We were all based in Sydney. Jeremy (Oxley, guitarist and vocalist) wrote the songs at home in Newtown between touring.”

“Individuals” was recorded in New Zealand - probably as much to earn their record company an export tax rebate as to take the band somewhere without distractions. Much has been said about the disappointment the band (and Jeremy particularly) experienced on hearing the final mixes which Lobby Loyde had assembled on a three-month trio to Los Angeles.

Richard doesn’t so much remember his own disappointment, more a sense of trying to rationalise the final product. 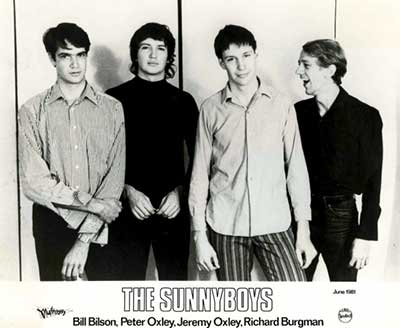 “My only thought was …I guess it’s OK. I think I was looking for ideas to get behind it, reasons to like like it. We were very new at this making music thing. We didn’t know what the right things to do were. Hindsight is a great teacher.

“Jeremy said he was promised he would be part of the mix. When push came to shove, they (the record company) weren’t going to send Jeremy over there to L.A. for three months.

Lobby Loyde and the band parted ways soon after. At the time, Loyde had fingers in a variety of management pies and Burgman says the split was largely amicable.

“Lobby was really busy, he was drifting apart from us. We were drifting away from him. It was a pretty natrual thing, really, There wasn’t any animosity, there weren’t any hard feelings.”

“Get Some Fun” was recorded in England with UK musician Nick Garvey (The Motors) producing. Unknown to the Sunnyboys members, their days as a band were numbered as Jeremy was quickly sinking into the abyss of mental illness.

“I liked it at the time,” Richard says of “Get Some Fun”.

“I loved Nick Garvey and the job he did on that record. It meant as much to him s it meant to us. That’s what you need with a producer, someone who puts in the energy and enthusiasm.

“The songs are good…some of them are really good. Jeremy was trying to get the band to be more poppy, more 4/4 and 2/4 pop rather than 4/4 rock and roll. The songs are still creative and clever. There was lot going on there, really.”

The record didn’t bring mainstream success and the band was fraying. They broke up in 1984 after a farewell tour that paid their outstanding bills.

And that seemed to be it.

The return of the Sunnyboys is the most unlikely of events. All original members went on to other bands. There was a Sunnyboys with Jeremy the sole original member in 1987. Brother Peter (bass) and drummer Bil Bilson formed The Sparklers. More recently, Peter has played with Ed Kuepper.

Burgman spent time in a post-Kuepper Saints and then joined Weddings Parties Anything before emigrating to Canada where he still lives.

A one-off 1991 Australian tour by the original band - and a re-convening for the 1988 Mushroom Records anniversary show (without Richard) - were passing events. The prospect of anything more substantial remained a pipe dream until Jeremy emerged in 2012 and decided to give it a whirl.

(Jeremy’s story - and the role his now wife Mary played in his return to health - is told in Kaye Harrison’s stunning documentary “The Sunny Boy”.) 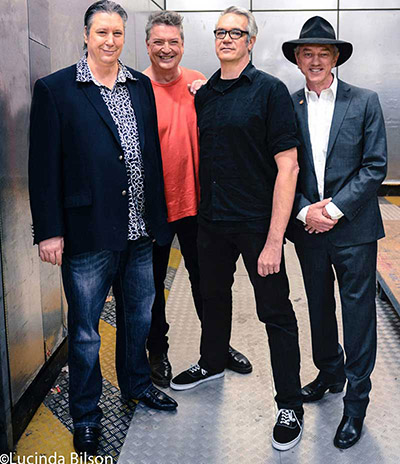 The Sunnyboys are back and it was a return many people willed to happen without ever belieivng it was possible. Says Richard: “I always thought to myself: ‘Wouldn’t it be nice if Jeremy was well enough and we could play’. Guess what? He’s OK - and we can!

“Jeremy’’s good. He’s cheerful and he’s friendly and he’s happy and in a good state of mind. He’s playing and singing well. He’s a very nice person to be around.

“You don’t get second chances. Not when you’re over 50. I’ve got grandchildren, for crying out loud. It’s great!”

The Sunnyboys had a unique sound, with Jeremy’s soulful voice and often darkly emotional songs rendered by a band with stunning dynamics and boundless energy. They were a dance band wigth peerless pop smarts. How different are they in the ‘00s? Richard Burgman runs with the question.

“The sound we’ve created is the result of what each of us provide to the sound….all four of us are a part of it. It’s not just Jeremy. And that’s a great thing. I think my job is to show people how much fun it is and how damned lucky we are.

“I see the band’s role to entertain people We’re there to put on a show. People pay hard earned cash to see us play. They deserve a good show, quality playing…playing with spirit. They don’t want to see people staring at their shoes. mumbling into a microphone. They want to be engaged.

“That’s what we used to do the early ’80s. People loved it when we played live because we were good at it. People loved to be engaged.”

And what does does Richard perceive as his job?

“I see my role as…being the other guitar player who plays the guitar parts that Jeremy wants to hear in the songs. I see my role, these, days, as being a spokesperson because none of the other guys has any desire to say anything much. That’s fine.”

Comebacks are fraught with danger. Some bands can’t help but trey and do things the way they used to without realising the game around them has changed. The curious might ask if touring is enough for a band like the Sunnyboys. Isn’t a return to the studio next?

“It’s not really something that’s high on the agenda. Quite frankly, we’re not here to resurrect the band and re-start our career. We’re playing because we’re lucky enough to be able to reprise, to bring back, to showcase a trip down memory lane, a nostalgia trip for people. 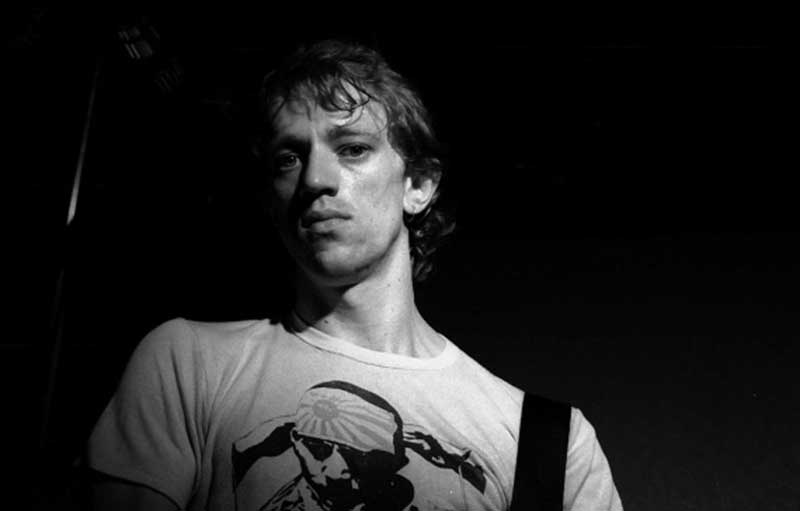 “We play better now than we ever did. We’re concentrating and really trying hard to make this come off. And that’s really important. It wouldn’t come off otherwise. New music? Most people don’t want to hear anything new from us.

“We are musicians though. We are creative and people are writing songs. Bil’s got a bunch of songs. Peter’s got one or two. Jeremy’s got one or two. We might actually record something. Maybe. I think, if we do, it will be available as a download, it will be a giveaway or something people can purchase if they choose to. There won’t blew any big push.

So it’s on with the show. Their 2015 Australian run takes in five cities. They’ll sell out. The crowds will be fanatical. The shows will be fun.

So is it true that the more things change the more they stay the same, Richard?

“Most things feel like they used to…I think the biggest difference for me personally is I know this could be the last time we ever play. That’s huge. Back then, 30 years ago, that never entered my head. Before the last tour when we were going to break up, there was never any thought of it.

“You never know. I’ve learned a lot in the meantime. We’ve lost a lot of people along the way. People who’ve died or just disappeared. We are lucky enough to get here and able to do this - very lucky given Jeremy’s condition - therefore every gig could be the last one. So the best way is to treat it that way.

“There’s joy in it. There’s really pleasure in it. Trying to get that feeling to the audience…’Come on, let’s go…let’s forget everything else and have fin for an hour’.

“The audience don’t owe us. We owe them.”

Buy the re-issues of "Individuals" and "Get Some Fun" here.