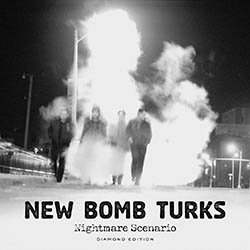 Columbus, Ohio’s New Bomb Turks, who appeared in the early ‘90s and made a huge impact internationally with the high-speed wise-ass update on classic ‘70s styled punk, are releasing "Nightmare Scenario – Diamond Edition", a vrsion of their 2000 album, "Nightmare Scenario".

It was their first time working with Diamond at his Ghetto Recorders studio in Detroit. Diamond was (and is still) the go-to man in garage-punk circles thanks to his work with his hometown up and comers the White Stripes, the Dirtbombs (of whom he was also a member) and the Detroit Cobras.

"Nightmare Scenario – Diamond Edition" is available now at Bandcamp and 100 percent of proceeds will be donated to: Black Queer & Intersectional Collective and the Columbus Freedom Fund. 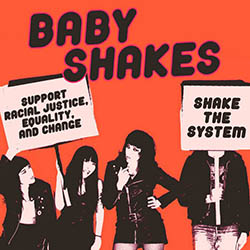 New York City’s Baby Shakes are relative newcomers but share many of the same ‘70s punk influences, tempered with a strong power pop sensibility. With an all-female frontline, the group has been shaking things up on garage-punk and power pop scenes internationally for over a decade, sharing bills with the Undertones, the Flamin’ Groovies and many others.

They have a thing for Australian bands too; having previously released a great cover of the Scientists' big beat bonanza “Last Night”, their latest album "Cause A Scene" includes a fantastic version of “Am I Ever Gonna See Your Face Again?”, The Angels’ original 1976 single.

Baby Shakes have just released "Shake the System - A Compilation For A Cause", featuring a mix of previously unreleased early demos, a cover, singles from out of print records and a few protest themed tracks selected by the band. It is available from their Bandcamp and proceeds will go to the NAACP Legal Defense and Educational Fund.