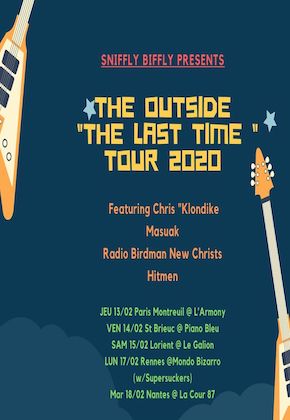 The Outside features Gregory J Bowen, expat Australian, on guitar, Juan Martinez El Kara on drums and French bassist Bruno Mondo. As the tour billing says, this will be the last time. Watch chrismasuak.net for updates.