Spit You Out Like Revenue - Dr Bombay (self released) 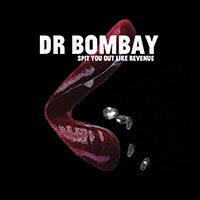 What hasn’t altered is Slater’s grasp of what makes great songwriting. The ex-Voodoo Lust and latter-day Trilobites frontman came up with all 13 of the tracks on “Spit Your Out Like Revenue” - and there are some pearlers in the ranks.