This is a simple and simply beguiling record, pared back rather than pared to the bone and impregnated with pop smarts. If the Johnny Cash take-off on the cover art didn't tell you already, it doesn't take itself too seriously either.

If you didn’t twig already, Honest John Plain is one of the survivors of the UK punk scene, recruited into the first line-up of the band that became The Boys way back in 1975. In-between re-appearances by The Boys, Plain has been surfacing in his own bands ever since.

This French band's EP is one Sweed ride 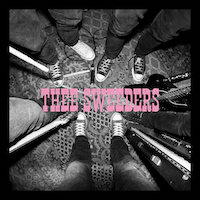 No idea if there’s a decent garage rock “scene” of any sorts in Annency, France. The French tend to do to rock and roll what Australia's backpacker killer Ivan Milat did to tourists, both using a place called a shallow grave, but if there is, it’s lucky to have Thee Sweeders as part of it. This release is six tracks on vinyl of fine, hard driving punk rock and roll.

Comparisons are often odious and best avoided but let’s pause and consider a couple:

The Murder City Devils gave equal prominence to keys and guitar and produced some of the best Stooges-in-the-garage skronk to come out of Seattle, Washington, in the wake of grunge in the ‘90s.Thee Sweeders peddle a similar style, with Oliv’s swirling electric piano mixing it with Cuibs’ chunky guitar. Sweeders vocalist Gilles approximates Spencer Moody’s uncivil yowl - and probably speaks better English. 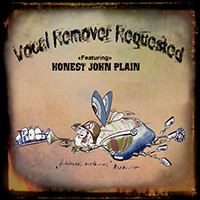 If you see the Action Recordz label on an album and you’re a regular at the I-94 Bar, pick it up with confidence. The French label doesn’t often miss and its in-house producer Johnny Cat has an impeccable touch.

If you didn’t know, Honest John Plain was/is a member of London’s The Boys, an under-appreciated and wonderfully melodic punk band that grew out of the rehearsals-only London SS. After stints with various outfits (including The Lurkers) he started cranking out records under his own name in 1996 and “Vocal Remover Requested” is his latest.

It’s a record full of Plain’s trademark buzzy guitars, unassuming hooks and meat-and-potatoes vocals. There’s nothing wrong with the latter - the album title is presumably ironic - and Honest John is in a long line of singers with a guitar player’s voice. You expected Aled Jones?