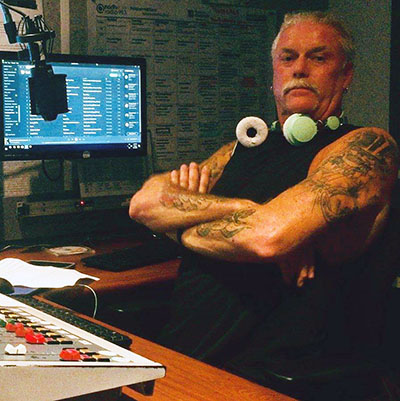 The Gospel Of The Iron Groove - 3 Headed Dog (Turborock)

There’s a healthy rock and roll exchange program between St Kilda and Paris that’s being maintained by underground musicians from both sides of the globe. On the Franco side, it’s through semi-regular visits to Australia by players from bands like Dimi Dero Inc, Tex Napalm and Dimi Dero and Holy Curse (R.I.P.). 3 Headed Dog is the latest addition to the list and their musical trail leads to the seamy side of town.