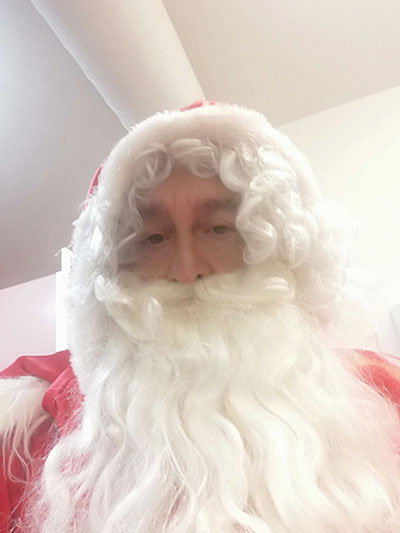 Twenty-twenty is a phrase used to demonstrate a standard of visual acuity. Providing a Top Ten list for the year of that name using normal standards of vision presents certain difficulties.

The harbinger of our civilization's downfall was, of course, the motion picture "Cats".  This was a movie that spent its first hour-and-a-half introducing a series of characters played by celebrities in bad valley CGI mode licking themselves inappropriately whilst singing and dancing.  Spoiler: It ends with the ritual suicide of the most downtrodden character by balloon.

Its similarity to the year it announced were too staggering to avoid.  All year, we have been bombarded by celebrities entertaining (themselves) us from their living rooms in bad clothes and makeup whilst the poor and broken down die gasping for breath.

What stands out in the year that broke the world? And make no bones, the world is broken.  Certainly, rock and roll is broken.  It has been a long time coming but that bucket has been firmly kicked.

There has been illness for a while now.  We've all been getting old.  Most people stop adding new songs to their playlists in their early 20s.  Some of us have kept our ears open much longer but that ultimately makes no difference.  You could make the most stunning new music and no one would be there to listen.  The old aren't interested in the new and the young aren't interested in the old.

You can shake your fist at the clouds all you want.  The rain will still piss all over you.

But you know what I said about producing stunning new music... Who is actually doing that?

I could throw out a few notable exceptions and spoil my case but the general reliance on nostalgic tropes is tiresome.  Parody music is tiresome. Artistic conservatism is tiresome.

And, I'm not entirely innocent myself.  Don't go pointing your finger at me saying I'm no better because I know.  When I write something new, I might get a handful of Facebook likes and that's as close as I'll get to "a job well done".  If I play Stooges songs, I get paid.  And I like Stooges songs and I like getting paid.

But this year has, quite frankly, killed off those gigs and that income.  Most of you reading this know what I'm talking about because we've all been there and done that.  And even when we've all had our vaccines, it's not coming back.

And by stream, I don't mean that dead dog in the road called live streaming of performances.  Anyone tried watching WWE without a live audience?   Sorry.  It doesn't work.  You can admire the technique but it's dead to the touch.

Who remembers those glory days when we believed the Internet would provide us with new ways of getting our art and ideas into a brave and receptive new world? How did that work out for you? Streaming services have reduced song writers and musicians to serfdom.  Of course, there are the industry exceptions but it is an industry that has no interest in you.

And there is a simple rule to show business: there's no show without business.  So, if bands can't make money from new product and can't play to an audience, how does this work?

Well, there was a currency in community.  Community has been tested by the shutdown of community activities.  I would like to hope we had the ability to rebuild but, let's face it: we are fat old fucks.  Worse still, the polarisation of opinion in the last year has separated many of us.

For my part, I am embarrassed by what new releases I enjoyed.  Because they're all retro as hell rer-eleases.  Loved the Stooges' "Goose Lake".  Why wouldn't you? I loved the re-released Wayne/Jayne County Box set.  I loved the Stooges bootleg compilation.  You have got to love Ron on bass.  Demotion my arse.

But these should not be the highlights of anyone's year.

I greatly anticipated the new Wendy James album.  I bought it on a crowd funding page that went belly up.  So I bought it again so I could actually have it.  Unfortunately, Wendy has taken a bit of a swerve towards the mainstream and, whilst that helped her sales, I kind of miss nutso Wendy.  Hey, the album is okay but it shouldn't be on a Top Ten list.

I wrote a novel in lockdown but I'll never find a publisher for it.  I'm neither a cricketer, politician or lesbian living in a rural town after a tree change.   Of course, if you are a literary agent, let's Skype.

Meanwhile, the Earth dies not with a bang but a whimper.  Or does it?