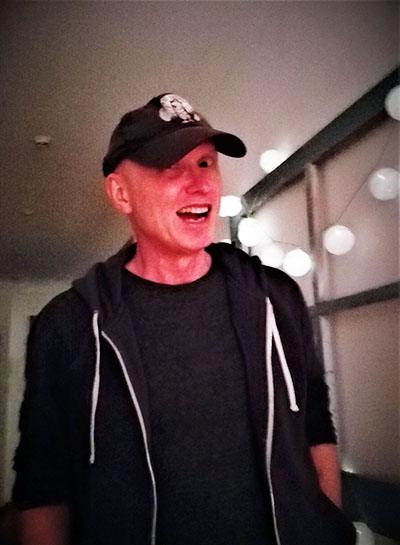 The Viveiro Wave Riders had already been hither and yon … around the country and up to Breizh (“Yec’hed mad!” with the emphasis on “mad”) when it all came to a shuddering halt.

Life abruptly became somewhat more complicated, confusing, and occasionally alarming, but that’s not to say it stopped being entertaining.

COVIDOUCHERY
We jumped on protocols pretty quick-smart over here in Spain, even as our hospitals became alarmingly overwhelmed and morgues literally over spilled.

We were heartened, encouraged, and edified by the sage advice that flooded social media from other apparently more civilised and informed countries.

We hardly even scratched our heads in wonder at their oblivious dawdling procrastination and general goldbricking, or as they gathered in teeming proliferation to demonstrate in support of their “rights” even as their “leaders” unequivocally let them know Just What The Priorities Actually Were.

FUNDAMENTALISM
Pretty much a companion piece to the above.

Keyboard warriors morphed into smug political commentators, atheists, and science savvy pro-vax enthusiasts and hectored and bleated like vegans at a barbeque, parading an astonishing aptitude for interpreting right wing blogs, sourcing those pithy and zany ultra conservative memes that apparently prove some point or other, and religiously evading Media Bias/Fact Checking resources.

Should one suggest that blind faith be tempered with a smidgeon of self responsibility, one was assured of becoming part of their go-to response.

FASCISM
It was suddenly hip to openly declare one’s bigotry. Not only that, but that species became downright aggressive in defending the indefensible.

Trolling the bottom feeders became a minor sport but again, one can only tolerate so many memes.

FAITH IN HUMANITY
With The Pox as an existential Black Hole, many kind souls became disheartened and metaphysically damaged by the above onslaught, amplified and exaggerated by a desperate life in lockdown.

Evil in West Papua, Palestine, and beyond continued unabated and, in some cases, worsened.

Western leaders thrived on promulgating division while not so covertly pillaging and ass-damaging their respective economies and compounding human suffering and woe.

Health Care workers laboured tirelessly in sometimes inhuman conditions. Researchers applied themselves to their tasks without the usual financial incentives.

Neighbors went out onto their balconies and cheered for each other.

People actually went out of their way to help and try to make a positive difference.I was moved.

FAMILY
Even after a year of living in each other’s pockets my family still tolerates me.

JOHNNY CASINO
Señor Casino kept the year poppin’ with his robust and rootsy “inner city but not in a bad way” rock and ballads.

He is on high rotation in Casa Masuak.

MICK MEDEW
Mick all but reinvented himself this year, with several new directions and a whole lot of way coolness.

He is also on high rotation.

ATOMIC ZEROS
Lockdown didn’t slow down The Atomic Zeros in their eternal quest for the ultimate Sydney/Detroit/Asturias amalgam.

Is it on high rotation? You bet your sweet bippy!

NEW STUFF
This year’s surplus of free time has not been completely squandered on Netflix and Rioja!

I’ve been running the home studio red hot which means that The Viveiro Wave Riders have más o menos 50 new songs to fossick around in.

Going on past experience (and in conjunction with a robust and scrupulous internal bullshit detector honed to a shit-sharp edge through years of abuse hurled in its direction), that equates to maybe 25 songs that aren’t absolute shit, bollocks, n’ wank, and half that again that will be keepers.

If the latest rehearsals are anything to go on, those keepers will be rip-snorters!

Whatever the result, we’re having fun!

ANYHOO …
Whatever your persuasions and predilections, I hope and pray that you find something that gives your heart and mind peace and happiness, and that you finish this year with the same sense of hope and stupid optimism that I tenaciously cling to.